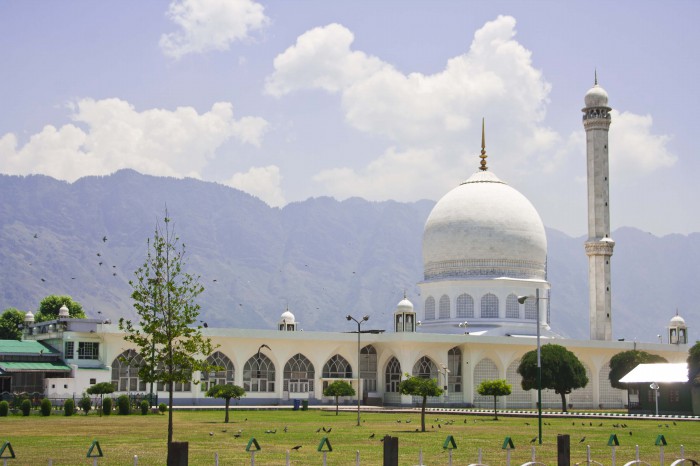 There are many hidden truths with the history of “Moi-E-Muqqadas”. There are mysteries, fantasies, and betrayal, still engrossed with. “Moi-E-Muqqadas” or Beard hair of Holy Prophet Mohammad is also associated with faith and to some extent linked to mysteries. Although, people believe that the holy relic keeps in Hazrat Bal Mosque in Srinagar. How Beard hair of Holy Prophet Mohammad came to India far away from Medina? How it traveled to in Bijapur, near Hyderabad to Kashmir? There are abundant history behind this. What was there in the place before Hazrat Bal was erected? Where it stands now.

Hazrat Syed Abdullah, a descendant of Holy Prophet Mohammad and he was also a trustee of Holy shrine of Medina, traveled to India during the reign of Mughal Emperor Shah Jahan. He reached Bijapur near Hyderabad in the year of 1636 (1046 H). He possessed three holy relics, sacred hair of Prophet, sacred Turban of Hazrat Ali, and Saddle of Hazrat Ali’s Horse which is called Zul Jalal. After his death, his son Syed Hamid became the Mutwali (Custodian) of the holy relics. In his custodian “Moi-E-Muqqadas” or Beard hair of Holy Prophet has been transferred to Khwaja Nur-ud-Din Eshai or Khwaja Nur-ud-Din Ashawari, who was a wealthy Kashmiri businessman. It is still a mystery whether it was given to him or it was sold to him.

Ziyarat Naqshband Sahab – Ziyarat Naqshband Sahab, also known as Hazrat Khawaja Naqshbandh Sahib or Khanquahi Naqashbandia or Khanqah of Khwaja Moinuddin Naqshbandi is a Muslim Shrine (Ziyarat). It is situated in the center of Srinagar and very significant religious place for the Muslims because the “Moi-E-Muqqadas” was kept here before it was moved to HazratBal Masjid. 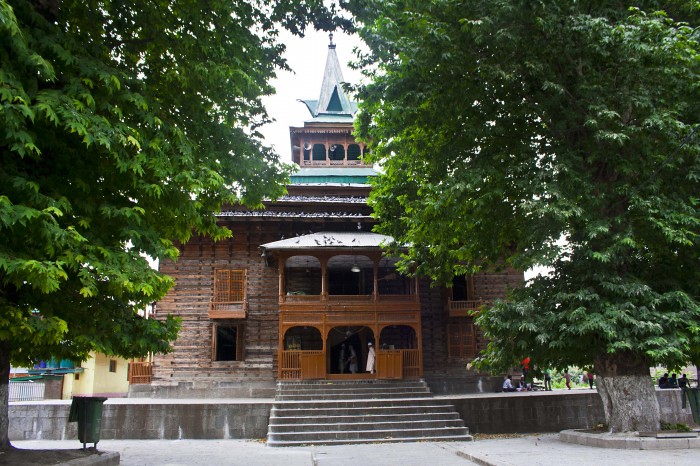 This shrine is named after a great Sufi Khawaja Syed Bha-u-Deen Naqsaband. Budshah Zain-ul-Abidin had built a Shrine for Syed Mohammad Owaisi and after the death of Owaisi in 1484 the shrine was abandoned. Khawja Khawand Mahmood demolished the old shrine in 1633 and used the same material to build the Naqahband shrine. Khawaja Moin-Ud-Din Naqashbandi son of Khawja Khawand Mahmood came to Kashmir to look after the shrine, after the death of his father in 1640 in Lahore. Khawaja Moin-Ud-Din Naqashbandi died in Srinagar and buried at the shrine.

I have noticed that most of the Mosque or Shrine in Srinagar are mainly made off with wood and this is also a wooden shrine has some fine panels with Pinjra-Kari style and Khatamband (Small pieces of wood are fitted together to form geometric designs but without the use of nails) ceilings (As much as I could see from the entrance of the shrine). I couldn’t photograph the interiors as they didn’t allow me inside the main shrine. Even I have tried to locate the grave of Khawaja Moin-Ud-Din Naqashbandi. However couldn’t, because all the inscriptions on the graves are written in the Urdu and nobody was there to help me. 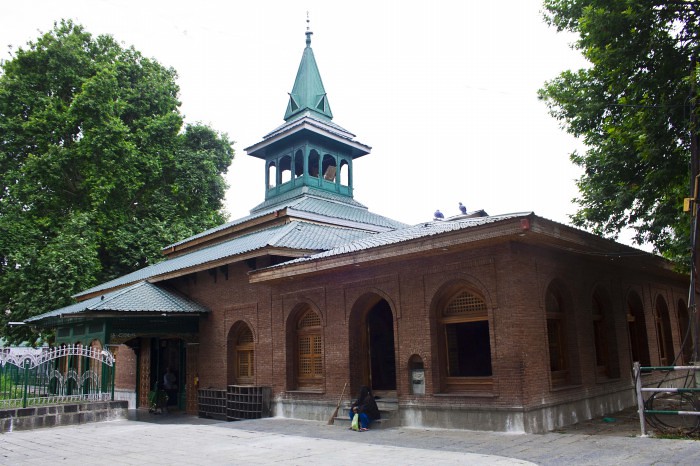 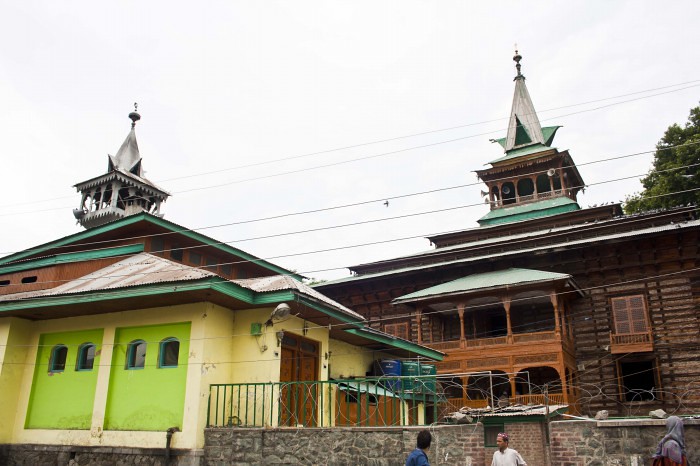 Hazrat Bal Mosque – Sadiq Khan was Subedar during the reign of Mughal Emperor Shah Jahan. He built a pleasure house called Ishrat Mahal along with a huge garden in the year of 1623 in Kashmir. Emperor Shah Jahan visited Ishrat Mahal in 1634 and he ordered Sadiq Khan to convert the place into a Mosque. Initially, Beard hair of Holy Prophet Mohammad was kept in the Naqashbad Sahib. When a huge crowd of people that flooded the Naqashbad Sahib for a glance at the Moi-e-Muqqades that place seems quite small. In this situation, it was decided to move the relic to HazratBal, then the place was known as Sadiqabad. 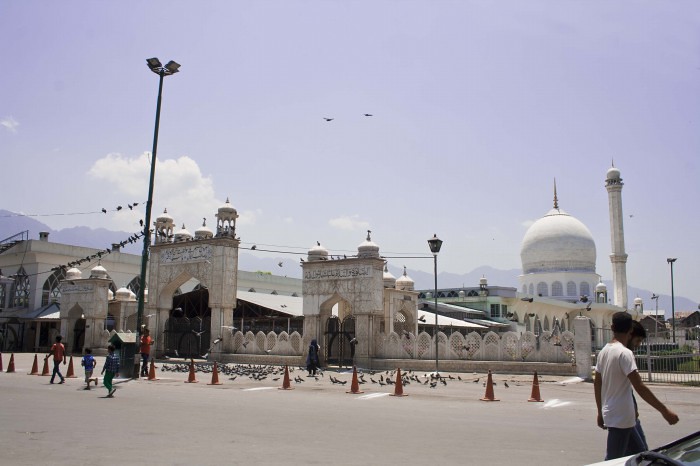 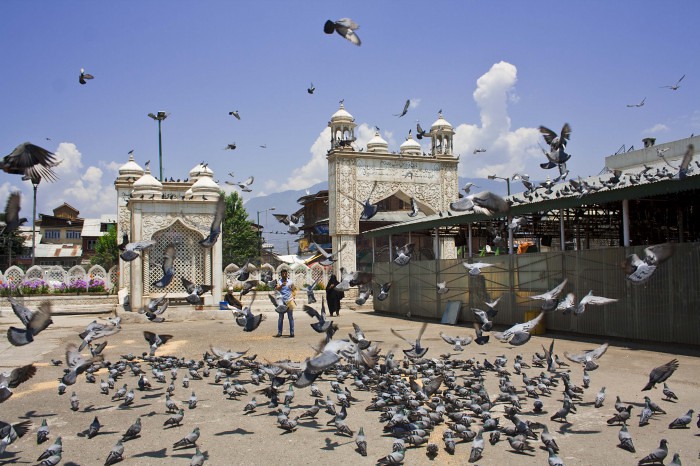 The present marble structure of the white domed Hazrat Bal is not at all a part of Ishrat Mahal. In the year of 1968, Wakf Board headed by Sheikh Mohammad Abdullah started the construction work on this marble structure. The construction of the mosque was completed in 1979. On 26th December 1963, it was reported that the Holy relic was disappeared from Hazrat Bal Dargah and the news sparked almost like a civil war in Kashmir. On 31 December1963, few days after the disappearance of the relic the Prime minister of India Pandit Jawaharlal Nehru made a broadcast to the nation on the same. A committee called Awami Action Committee was formed to recover the relic and finally, on 4 January 1964 holy relic was recovered. Still, the relic displayed in a glass box to the public on special occasions and other holy days.

Hazrat Bal which is also known as Assar-e-Sharief, Madinat-us-Sani, and Dargah Sharif. The domed structure of the mosque makes it unique in Kashmir, as this is the sole domed mosque in Srinagar, as other mosques have Pagoda like roofs. This is a most revered pilgrimage in Kashmir as well as in India. This is an epitome of the love and respect. 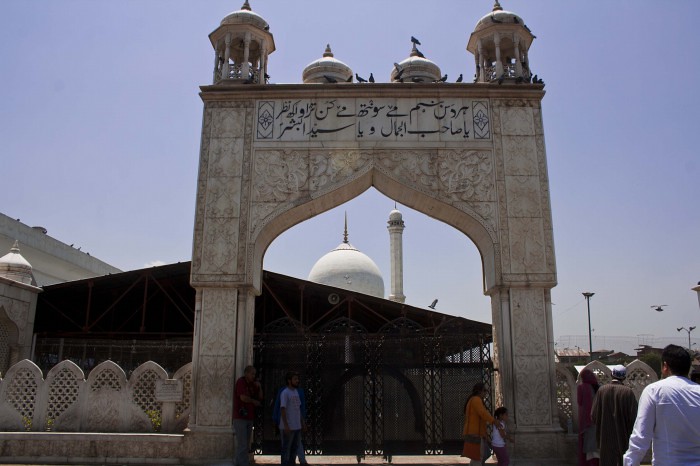 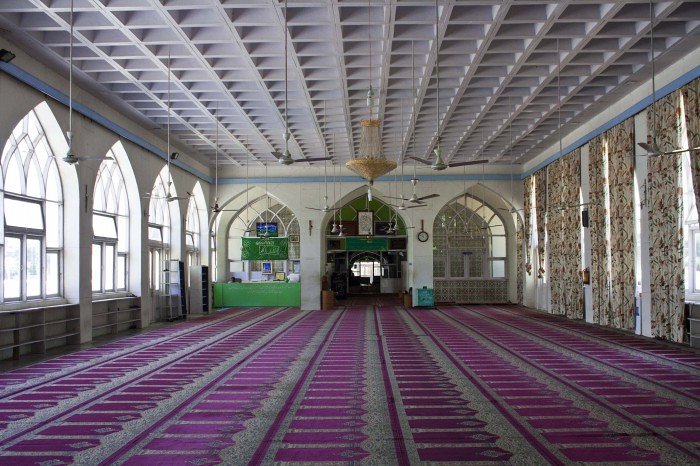 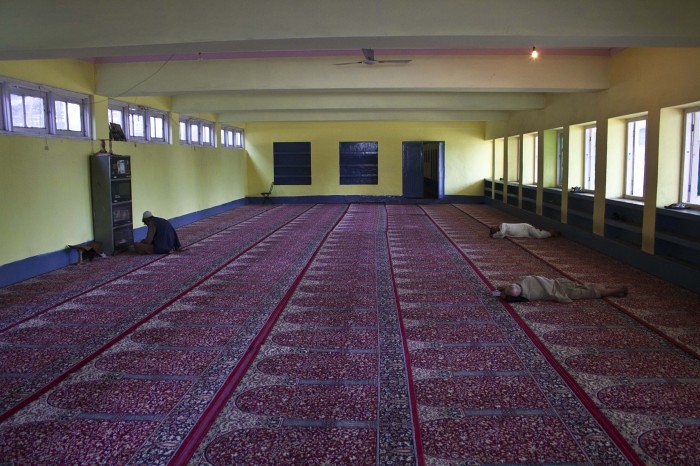 How to reach
Hazrat Bal is situated just 10km and Naqshband Sahab is 6Km away from Srinagar and there are several ways to reach those places like By Road, By Shikara ride.

By Road
Hazrat Bal and Naqshband Sahab are very well connected to Srinagar. You will get Rental Car/Shared Car/Bus from Srinagar, Dal Gate. If you opt for Rental Car, in that case, you have to hire the car for a day and will cost you 2000 – 3000 (NonAC) approx including all site seeing. Shared cars are also available, cost you 20 and Bus fare is 10 from Dal Gate to Hazrat Bal/Naqshband Sahab.

Hazrat Bal is situated just opposite of Nishad Bag, which is situated almost at the end of Dal Lake. So you can hire a Shikara and also can enjoy the view of Dal Lake. It will cost you 1000 INR to 2000 INR approx. You must bargain for the rates. There is not any option of Shikara to reach Naqshband Sahab.

By Airport
The nearest airport is Srinagar International airport known as Sheikh Ul Alam International Airport. It is located at Aerodrome Road, Srinagar, approx 12 km from the city, Srinagar.