“How many years can some people exist before they allowed to be free” Hey again I start singing!!! Suddenly these lines from popular song called “Blowing in the wind” by Bob Dylan came into my mind during my photo walk to Chinese Temples around Old Chinabazar street or Tiretta Bazar Kolkata. Gradually all of you will understand why those lines naturally came into my mind that day, although I am a Music lover. One fine day Me and Sumit met at my place and all of sudden we planned for Photography of Chinese Temples around the Old China Bazar street and on the same day evening we planned to watch a documentary film, which was happened to be on the same day, screening of the documentary film, based on Indian Chinese at Choon Yee Thong church kolkata. On 19th of Jan 2014 we met at Sovabazar Metro Station at Early morning around 5:30 Am and started our walk. We took a bus ride and got down at Central Metro Station near Maharanapratap Statue. First, I was so astonished watching those Chinese temples and to capture the same in my digital box. I was so unaware of the fact about these temples are there, I have never noticed it before, although I gone through those places so many times before. Actually I found a new Kolkata from my old Calcutta. 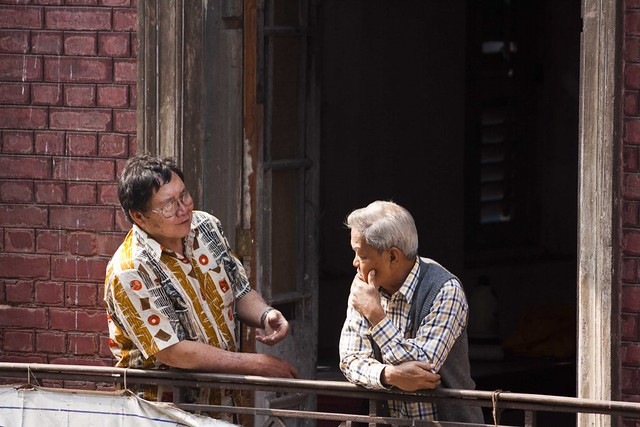 Here we met Mrs.Chang (Name changed) and we discussed on different topics like Chinese language, education and issues with Indian Chinese community. She was little hesitant at first, as time grows we become more comfortable to each other and even she told me about her early days in Calcutta. How she was almost forced to convert to Christianity to took admission in an English medium school,  and after completions of her study from convent school, she was almost forced herself to marry an uneducated Hindu guy from Bihar. In spite of born in India she never been granted Indian Citizenship and to stay here she had to pay high amount money to the Government. Her fight came to an end while she agreed to marry a porter, just to stay here permanently. There was no other way to choose, as per her statement Chinese Government refuses to rehabilitate those Indian-Chinese as they stays here in India for last 2/3 generations and India refuses to give citizenship as they are from China. Now she is proud mother of two daughters, they are married and well settled in abroad. These days she runs an English medium school in old china Bazaar Street. Her Life and her experiences really shook me and become so inquisitive about Chinese community in Kolkata. After leaving the temple we visited few temples around the old china bazaar and its worth watching. 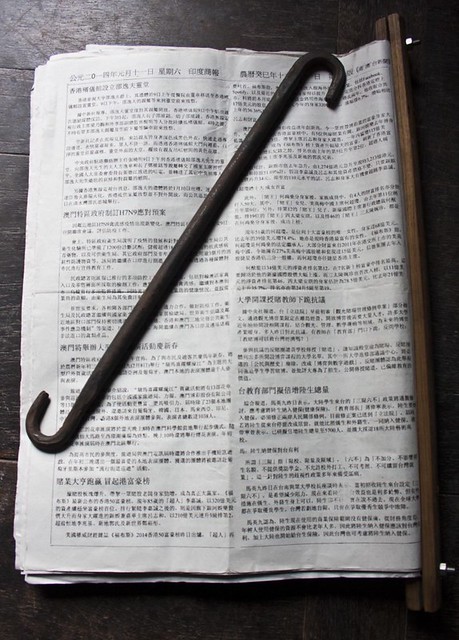 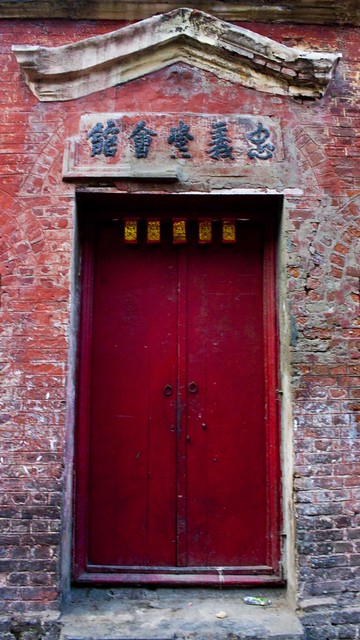 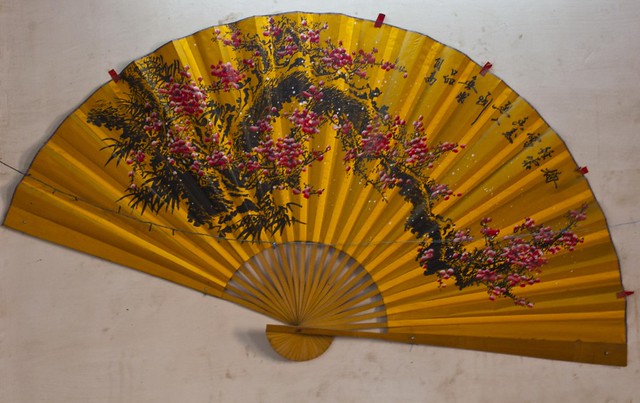 There are six Chinese Temples around old Chinabazar Kolkata.

On my next post I will cover separately Chinese Church around Old Chinabazar ot Tiretta Bazar.
Same day I saw people playing “Mahjong” in a Chinese Club and it was also my first time experience. 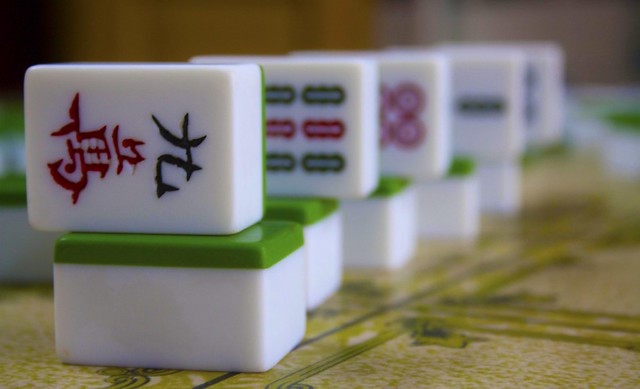 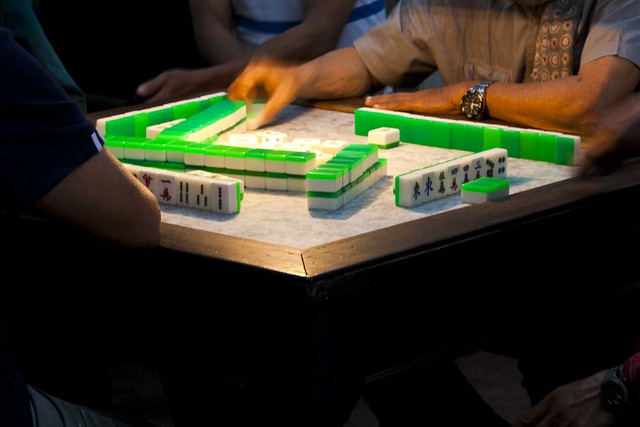 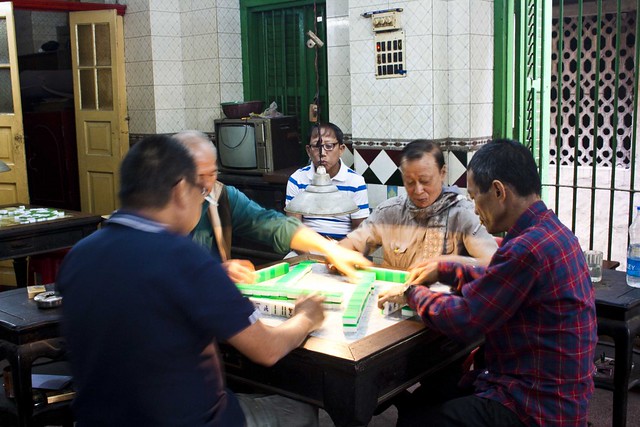 As per our plan we gone to Choon Yee Thong church to see documentary named “From Border to Border” and it was huge experience, at least for me. Honest confession, I never been a part of any official screening of any kind of film in my life before.

Among spectators, only two guys are not from the Chinese community and I saw a huge curiosity in everybody’s eyes about us. Although after few minutes we completely composed our self. Before screening, mainly we were concerned about the language of the film, if there is no subtitle in English, so how can we understand the film? At first, an informal discussion started among spectators and director of the film. Our doubt, cleared automatically, there we found an interesting info about Chinese people living here in Kolkata that is most of them don’t understand Chinese language. So to make them understand a Hindi version and English subtitles will be there. 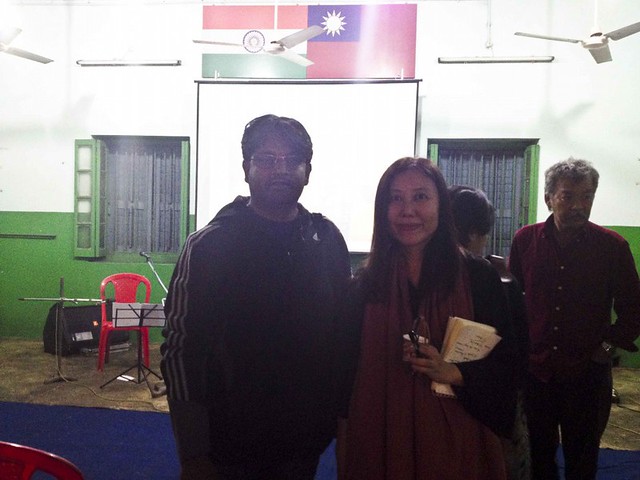 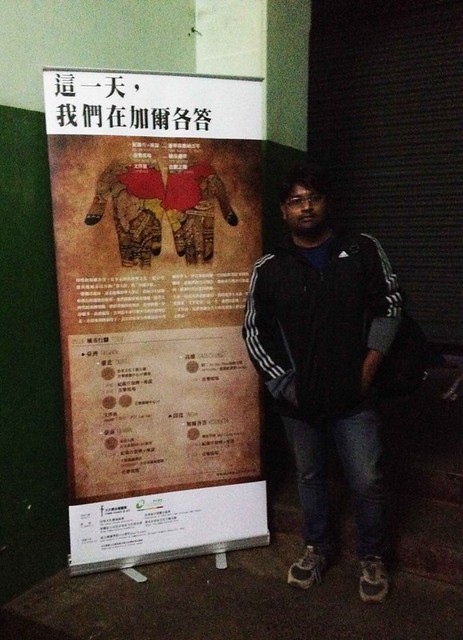 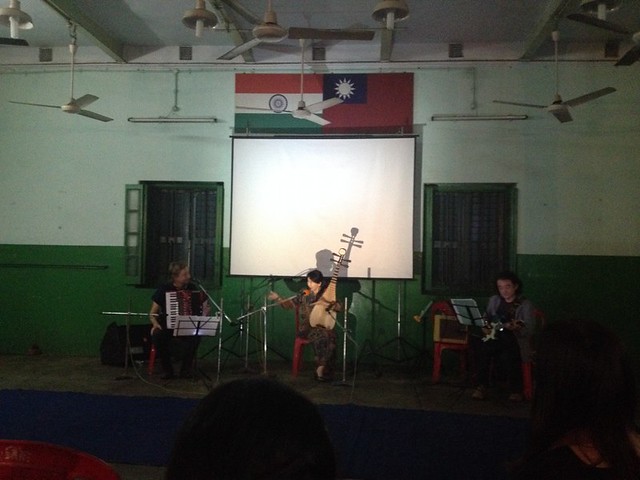 After watching the documentary I was so moved, the present situations of Indian-Chinese and Pre-Post of Indo-Sino War, well depicted by the director of the film. I don’t want to get into much more details of the film but actually want all of you must watch the film. Now all can watch the film as the film is now available in YouTube. At the end I met with director and cinematographer of the film personally to appreciate their work.
After few days, I wrote an article for a newspaper on Indian Chinese Community focusing Pre and post Indo-Sino war.

Here you can watch the Film.

Here is my article which was published in news paper. 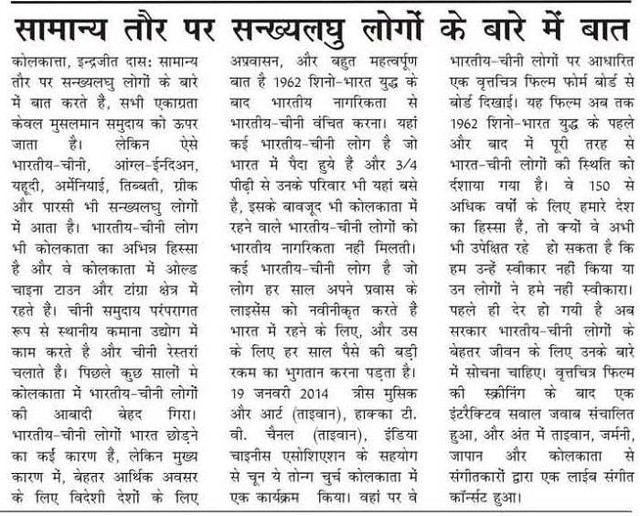