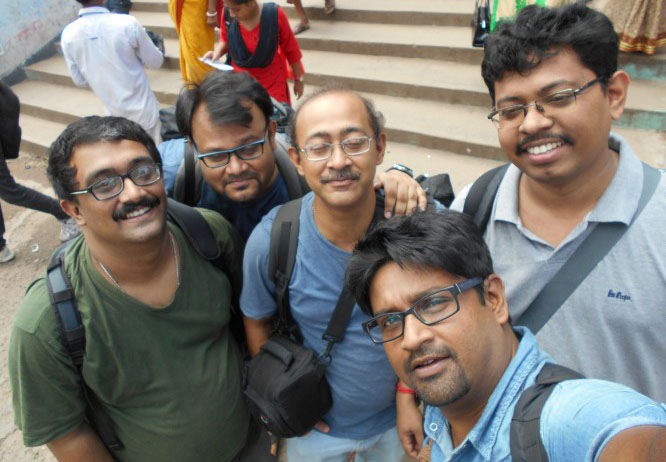 The main focus of the project was to photograph those monuments, whose photos are not present in the Wikipedia repository and also to encourage for creating new articles from captured photographs. In community meeting, it has been decided, Sumit Surai would select the place and as well as prepare the list of monuments of that place to be photographed for WLM. In the process of selection, he would have to consider those monuments whose photos are not present in Wiki’s ‘List of Monuments of National Importance in West Bengal’ and as well in the ‘List of State Protected Monuments in West Bengal’. On the next Wikipedia meeting, he placed his proposal for the monuments of Burdwan and Ambika Kalna along with a detailed itinerary. Initially, we decided to visit there with a large group of Wikipedian photographers but unfortunately due to some internal technical issues we had to postpone the plan. Finally, a small group has been formed consists of five persons including me and the date of the journey was finalized as on 24th September 2016 for WLM.

Day 1
Just one day before the journey, I informed Sumit about my eye infection and told him that I might not join them. But he insisted and as usual I got convinced. On early morning of 24th, I reached Howrah by 6:45am and Sumit joined me after a few minutes. Both of us waiting for Santanu Da, Sujay and Kalyan and by that time I started photographing the surrounding areas of Howrah station. They reached Howrah in time and joined us. Although, I, Kalyan, Sumit, Santanu Da and Sujay finally boarded a local train at 8am for Ambika Kalna. We reached there around 10am and according to our plan we went to Raj Bari temple Complex at first. In the afternoon, a new Wikipedian from Burdwan Prithwish Jash joined us. During the day, rain and low light every so often spoiled some of our plans. Although, we managed to take photographs of almost all major temples in Kalna. It was also in our agenda to capture maximum number of Terracotta panels of every individual temple. Finally, we have succeeded to some extent to capture maximum number of Terracotta panels with limited resources and time. Here is the list of temples, we photographed on the first day. 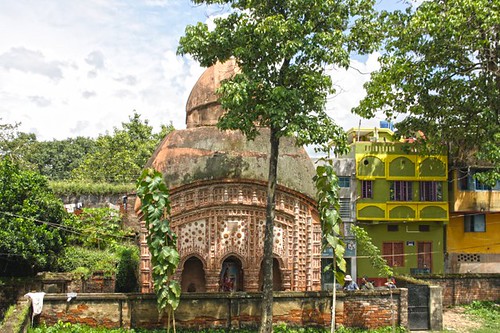 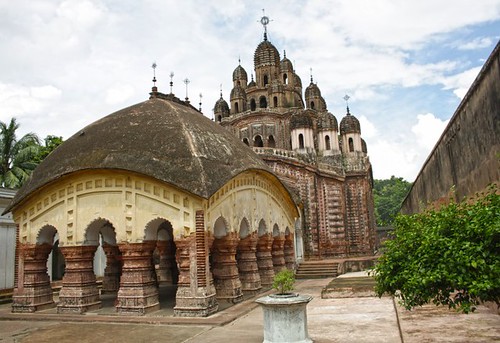 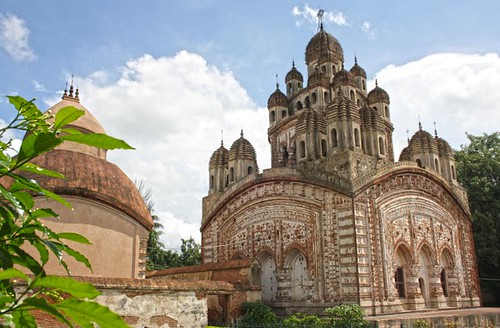 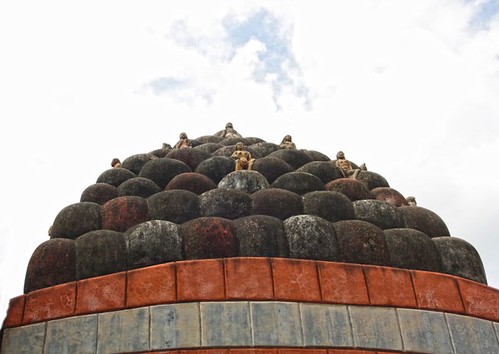 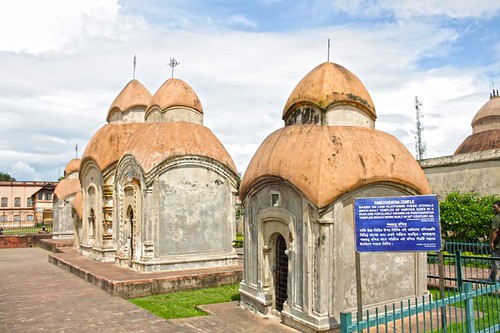 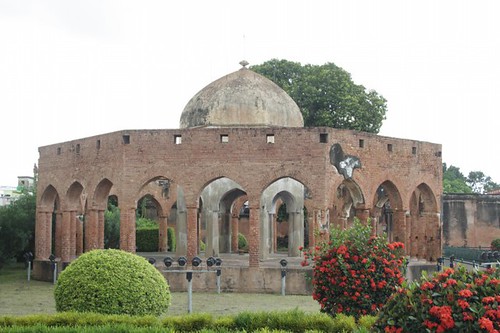 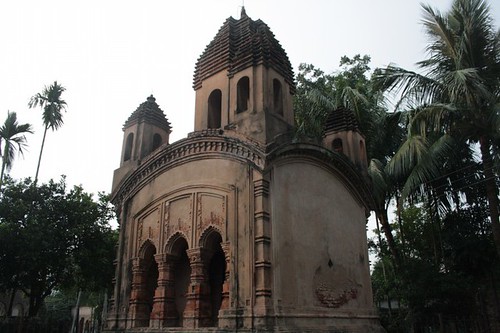 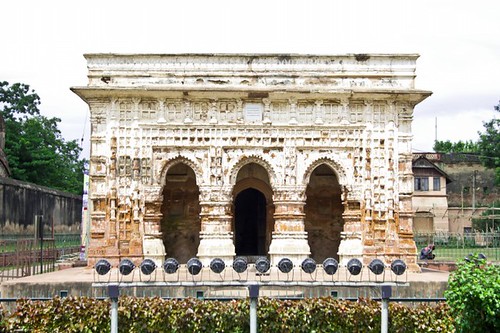 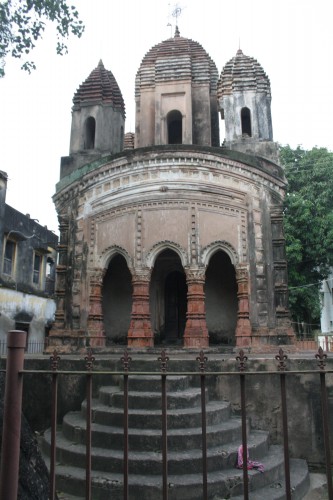 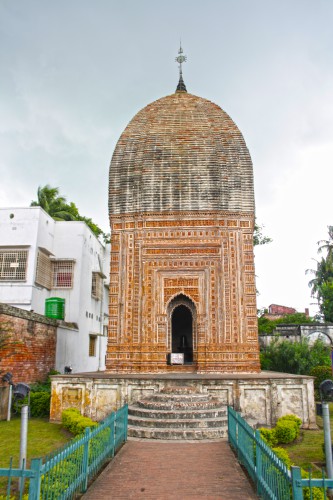 Stretching Horizon – Wiki Outreach
I and Sumit, always keep in mind to do some offline work for Wikipedia that may not bring instant or immediate result but somehow will help in future. That’s why both of us were in search for information of lesser known heritages of the district Burdwan. Also, in search for new involvement or contributors from local scholars. In between, Sumit collected the phone number of a local Historian Sidheswar Achariyya. At the late evening of that day I called him for fixing up a meeting with him. Initially, he refused to meet us because he was suffering due to old age issues. Fortunately, I managed to convince him and fixed a meeting with him on the next day at 9am at his residence. He is working with the history of Burdwan district especially Kalna over a long period of time and also one of the founder members of Kalna Mahakuma Itihas O Puratattwa Charcha Kendra. He wrote many books on the history of Kalna. It was in my mind that he would be a helpful source for future for developing existing and creating new unique articles for Bengali Wikipedia.

Day 2
All woke by 6am and left the guest house early to photograph Nava-Kailasha Temple. We spend some time there and went to Gopalji Temple. We had fixed a meeting with Sidheswar Achariyya and accordingly went to his place after Gopalji Temple. In between, a small incident happened just after we left Gopalji Temple and on the way to Sidheswar Achariyya’s house. Basically, my presence is enough for …………. and disaster is inevitable. Quite naturally I made a disaster that day. We hired a Toto (Toto is a 3 wheeler battery operated vehicle) and suddenly, a wish was popup in my mind to drive the Toto. Initial 1 or 2 minutes of driving was okay but suddenly I lose control over the vehicle. Even the driver could not control the vehicle as well and we hit the wall of a house. This has broken the front wheel axle of the Toto and also damaged the main water supply pipeline of the house. Although, managed well and I had to pay an amount from my personal account for the sin. This incident made me serious for the time being. Now, I would love to tell, I am not really very sorry or ashamed, what I have done that day because this incident made our tour memorable. Even I have named the incident as “Bordhomane Barabari” or “Kalnai Kelo”. 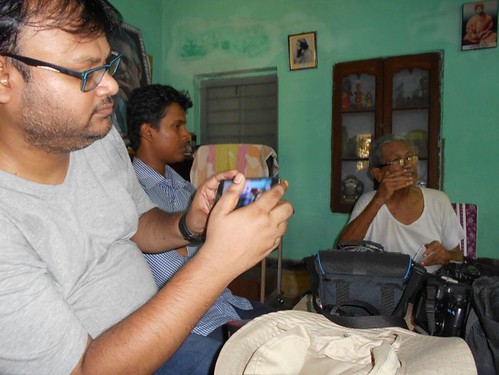 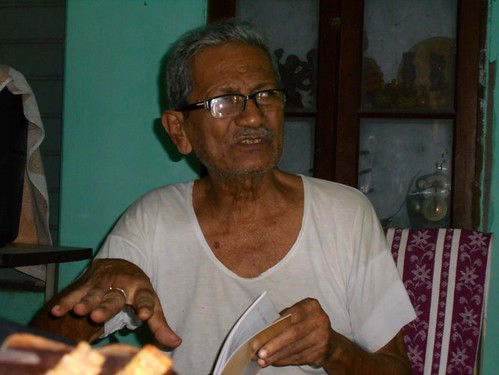 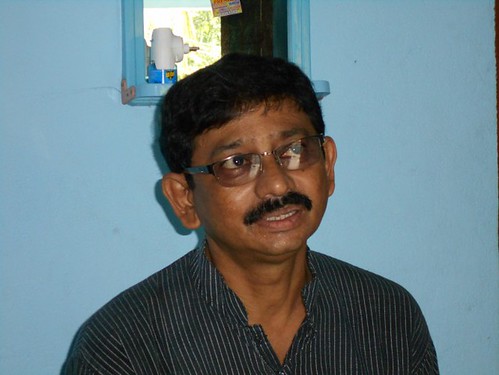 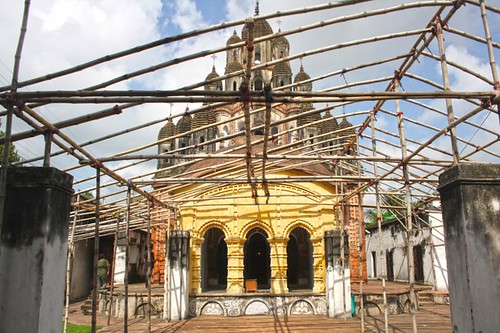 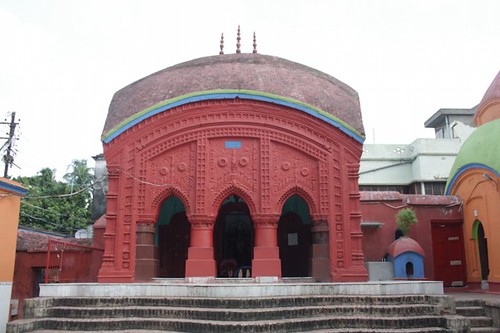 We reached at his residence in time and he gladly welcomed us. I started the discussion with an introduction of WLM project to him and also discussed about the heritages of the district. We learned some historical facts about Kalna from him that was really new to us. Here would like to mention, everybody attended the meeting except Kalyan. When we came out from his house, discovered Kalyan was taking a nap outside his house. Although, we purchased some of his books from him and he suggested us to meet Biswajit Gain, a local photographer and historian. Achariyya Ji fixed a meeting in between Biswajit Gain and us at the guest house where we stayed. The meeting was fruitful in perspective of outreach. We went back to our guest house to meet Biswajit Gain. Meeting with Biswajit Gain was also came out very fruitful as he showed interest to contribute and interested in a workshop at Kalna. 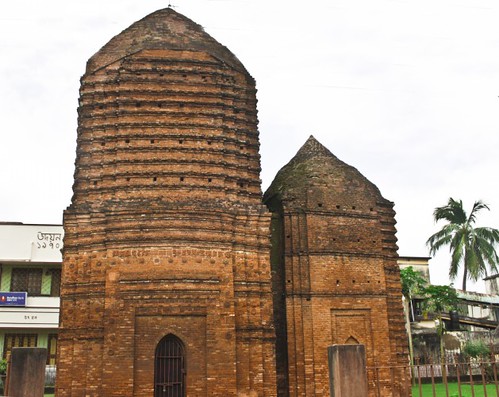 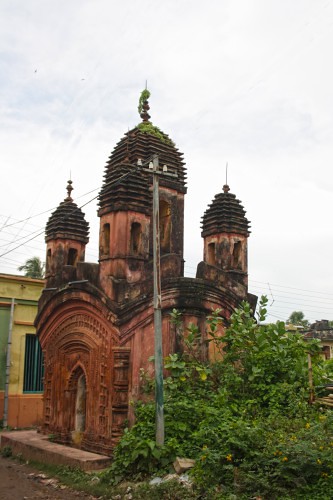 After the small break for refreshment we went to Baidyapur to photograph one state and one National protected monuments. Baidyapur which is situated 16 Km away from Kalna. Other than these two there were many ancient temples which were not in our list. Still, covered most of the temples for creating future articles and for documentation purpose. Around 3Pm we closed the chapter of Baidyapur and reached to a nearby bus stand to go to Burdwan via Bainchi. There was no frequent bus service for Bainchi and we had to wait there. After waiting for half an hour discovered a overcrowded bus and there was absolutely no place inside the bus. Four of us except Sumit, climb up the roof of the bus and settled ourselves. Sumit forcefully boarded inside the bus and we went for Bainchi. Then we had a plan to go to Burdwan from Bainchi and other two places. But it was completely impractical matter to cover all those places in two days. It was drizzling when we reached to Bainchi station and condition of sunlight were too poor. So, we took the decision to postpone our Burdwan Plan and end the WLM tour. Boarded a local train from Baichi for Kolkata. 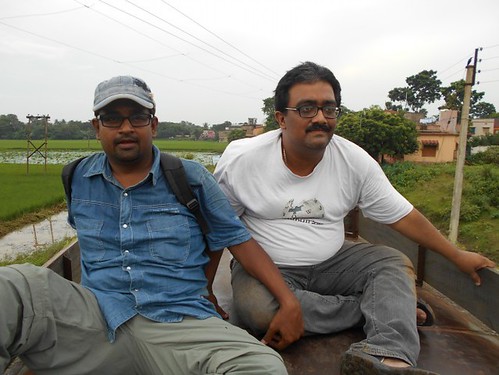 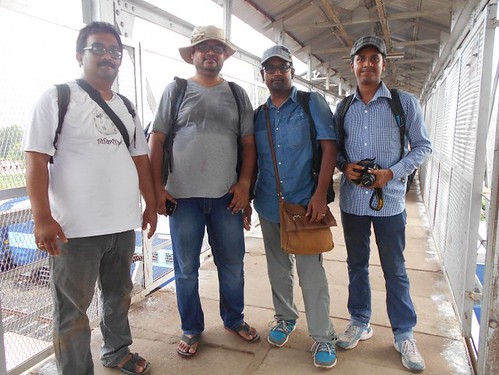 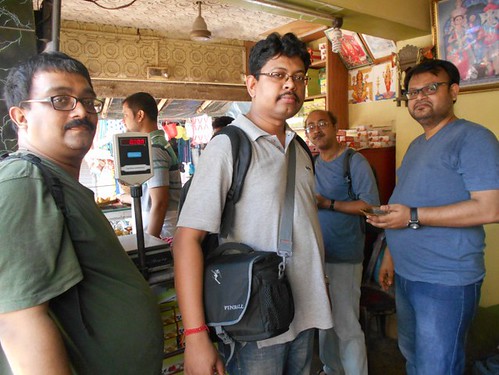 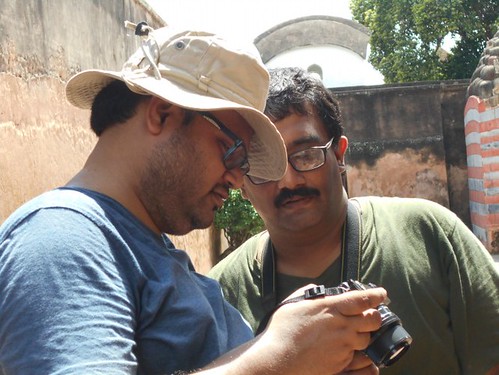 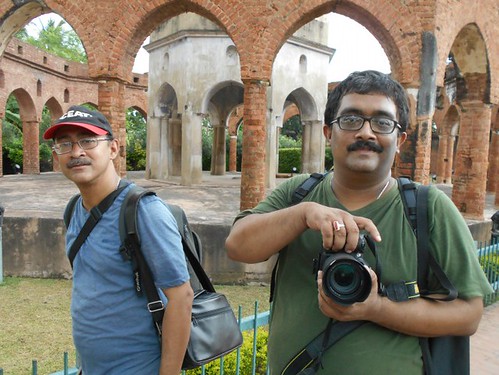 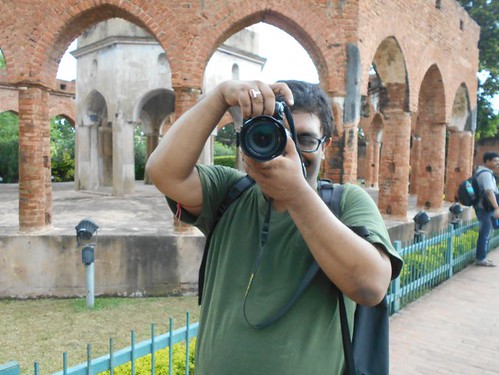 Note – Please carry enough food otherwise it will be difficult for someone to locate a good place for eating. Also keep in mind there are only 3/4 hotels for accommodation.