About the Author:  Panchatapa is not only full time Bengali poet, she also have passion for Indian Classical Dance form Bharatnattyam. She started writing poems at her early age, days in Shiliguri and river Teesta and Hills frequently reflected on her poems. After completions her post graduation from Calcutta University, she worked as a school teacher for many years in Kolkata. Her poem was first published on a little magazine name “Mohona” from North Bengal. She is also a regular writer of various Bengali little magazines but for the first time her works compiled and published as a book. Panchatapa is her real name, as she does not like to use her surname that’s why here I am referring her only with her name. 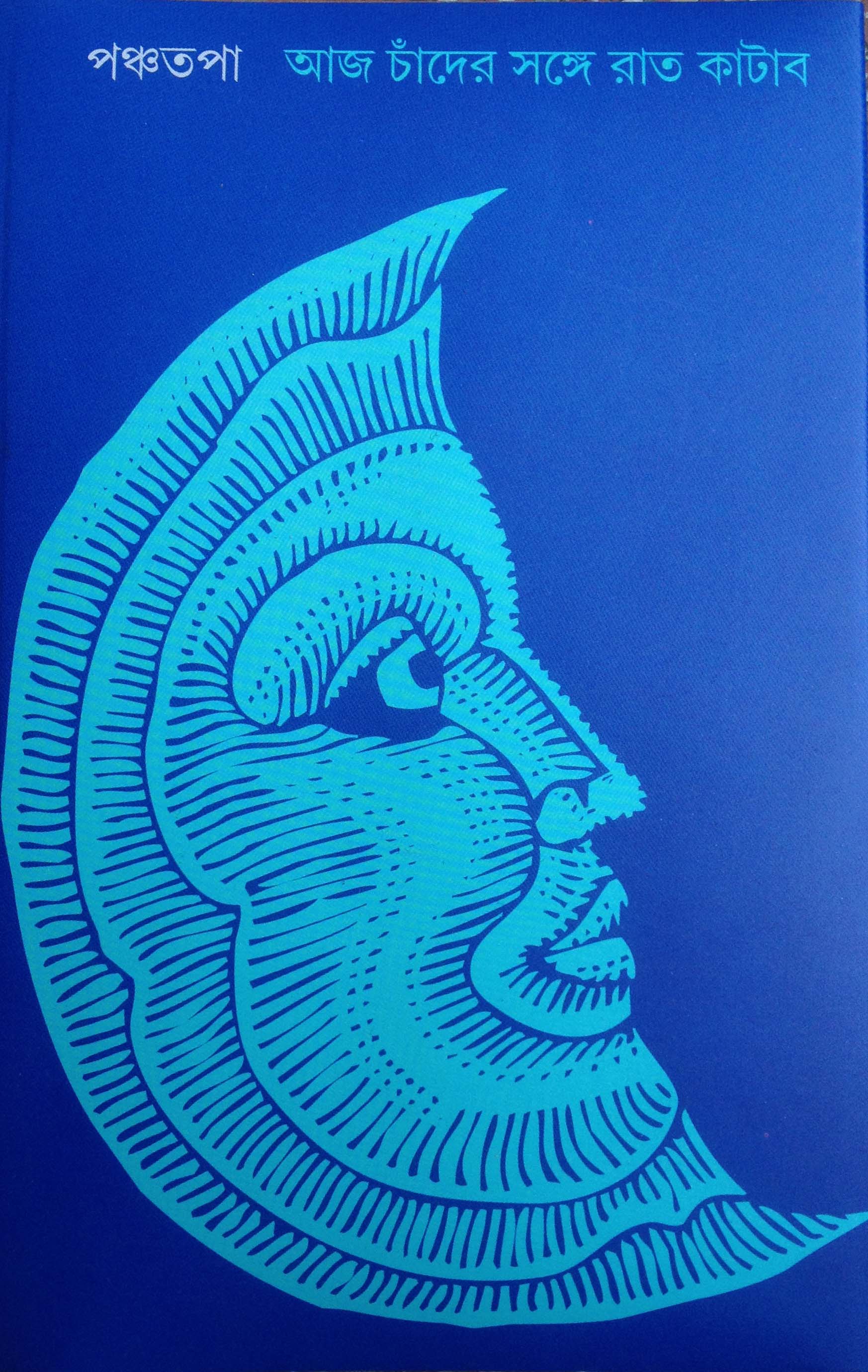 This book was published here in Kolkata on occasion of 39th International Kolkata Book Fair. This year I got the book from Kolkata Book Fair and I was so curious to read the book as I have found that book has been dedicated to Rabindranath Tagore. One of the leading renowned Bengali poet of Bengal Shri Joy Goswami wrote about her poems on the second page of the book. 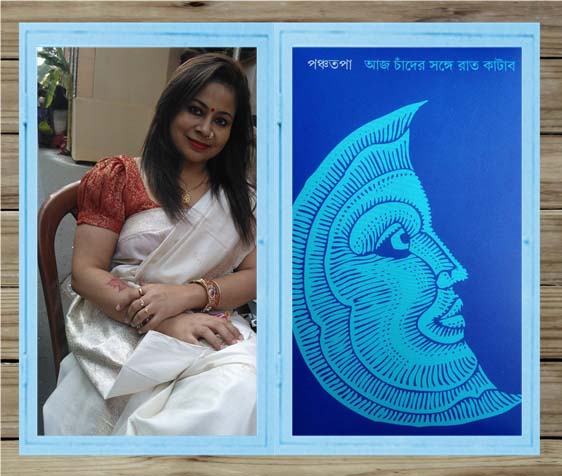 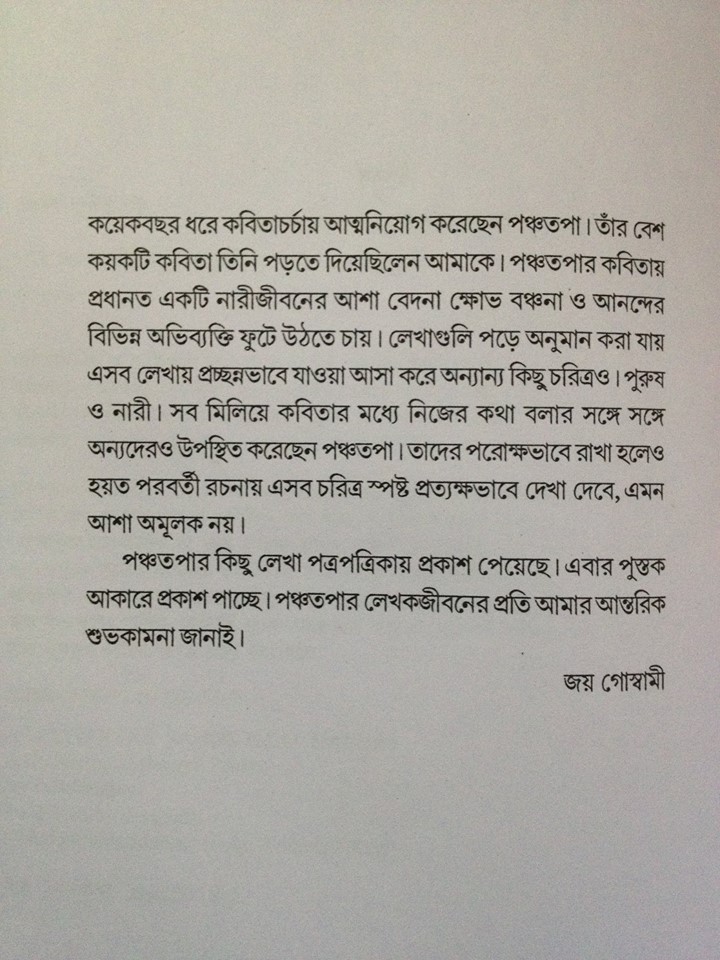 Panchatapa’s poem rebellious in nature, talking about women of all classes irrespective of creed. First poem of the book name “Ami Ulango” (I am Naked) pointed out on the social issue on Rape, where she quote Draupadi of Mahabharata to present days rape victims of our society, she mentioned Hetal Parekh, Delhi victim Damini to Shanbagh. This poem is really talked about the issues with contemporary women in our society. It is a kind of protest against marginalisation, interrogating women’s position in society as the oppressed other. In her poems one can sense the strong voice of a writer with a message. When I talked about her poems deals like a true feminist but on the other hand she is writing on love and motherhood.

Her poems also have dimensions of nature, where she slowly become global with the hand of nature. Young poet Panchatapa has a very strong and confident voice with a sophisticated dramatic diction. Her style of writing is also different and very fresh in nature that communicate immediately with her readers. She is so much influenced by history, epics and contemporary issues, sometime her poems are so political in nature where she talked about revolution, immense urge for new society with equal rights for all . She is so much influenced by Rabindranath Tagore, Jibanananda Das to contemporary Bengali poet Joy Goswami.

Some poems really influenced me so much and I would like to mention out here. My journey with the poems of Panchatapa was so enriching. 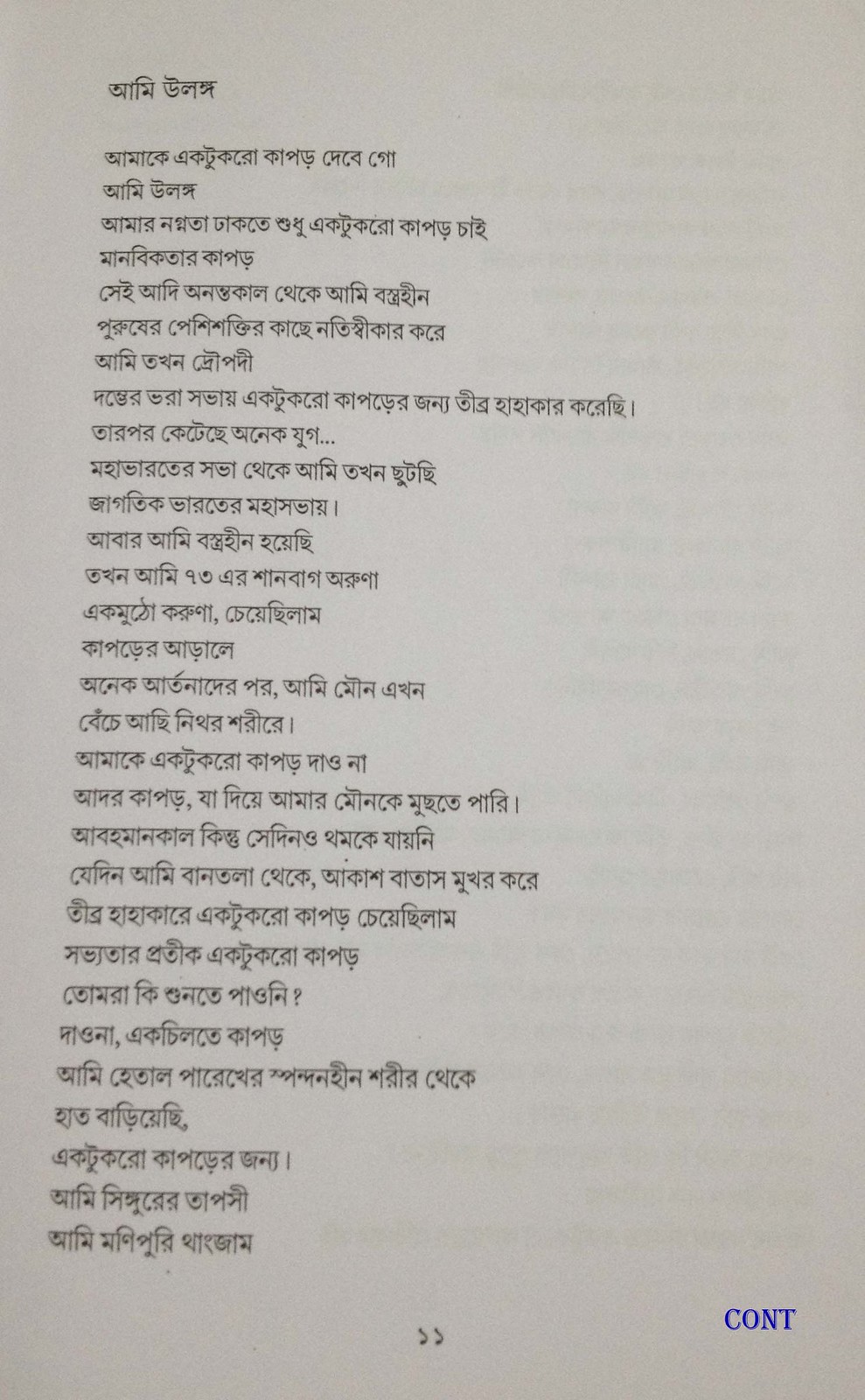 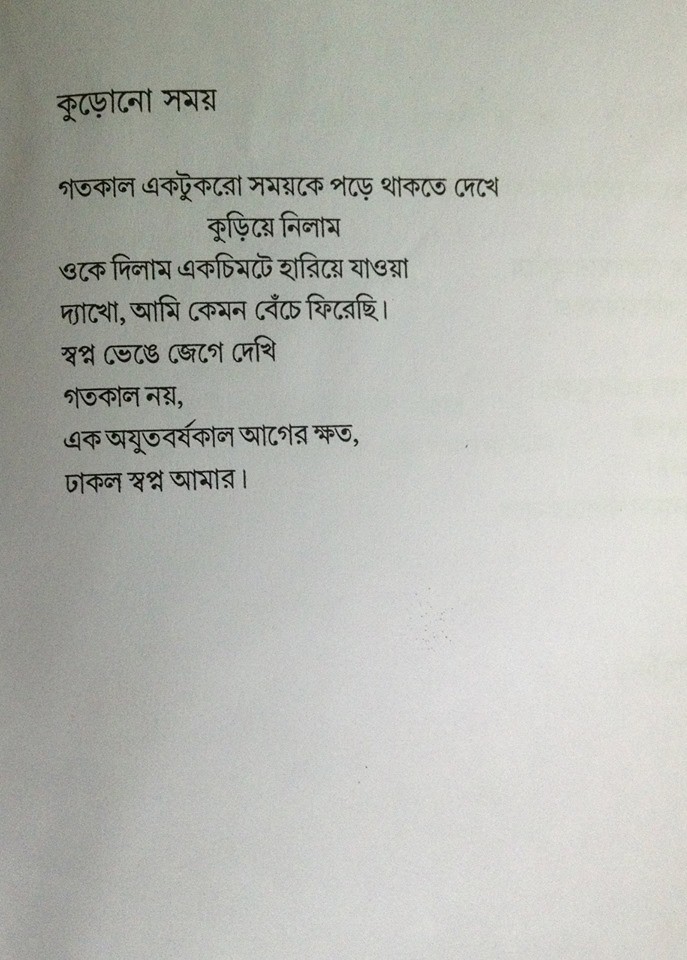 Panchatapa and Review of her Book by Others – 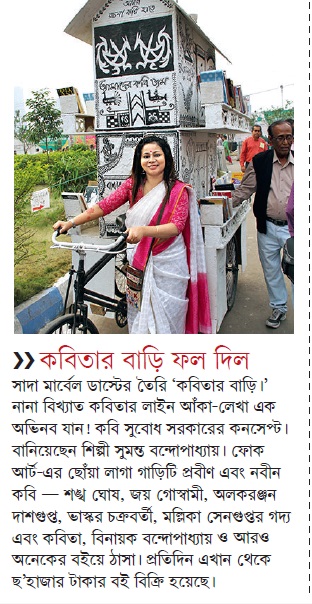 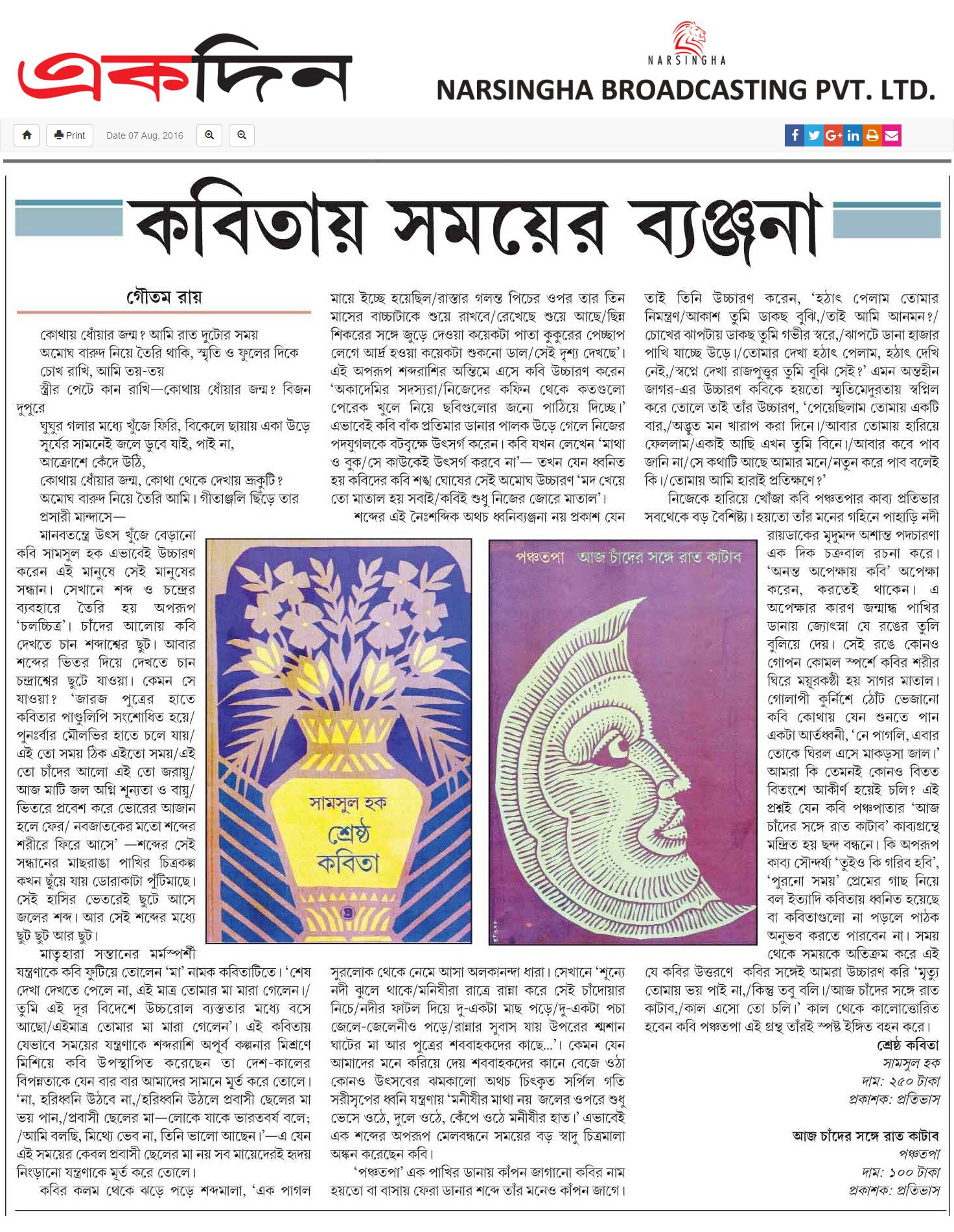 Details of the Book:

Source Panchatapa Facebook Page
Copyright © BongBlogger
you can share this post subjects to the conditions that please give due credit to Author Indrajit Das and do not alter before sharing. Request do not Plagiarize.