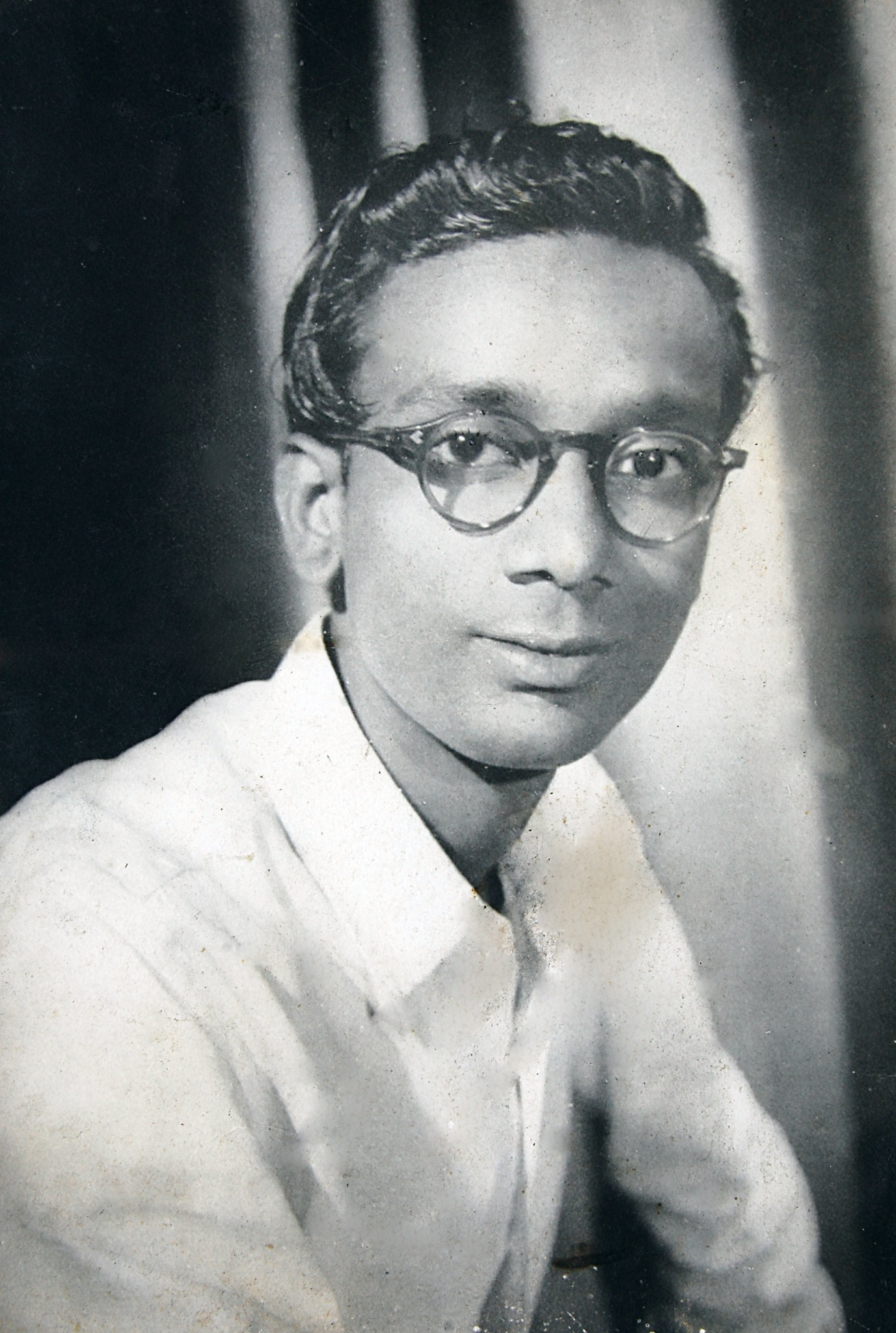 2016, It was the last week of December; I reached my hometown, Kolkata, from the Madhya Pradesh tour. A day after I left for another tour. It was a time I was doing a back-to-back tour.

Those days my mobile internet connections were giving me trouble. Even there was no scope to read messages as messages weren’t delivered in my inbox on time. I was then addicted to social media which I had got rid of recently. I, however, got messages, though belated, and while scrolling through them I found a strange message. I was shocked at first glance. Before I get into it, want to talk about something else. Although I started writing for mag years before, I took to writing blogs only recently, a couple of years at the most. But I never thought some people do seriously follow me. The topics I write about demand extensive research. My primary intention is to tell you that searching for information of any kind is my passion. People around me know that I support some open-source platform for some cause. and also that I work as a volunteer in some open-source projects. One among such projects is to locate graves and to photograph them as requisitioned. After that, I upload the entire data with the photos to the website. Searching for anything is always a challenging job and difficult too. Not always my efforts are successful and I failed this time too.

Coming to the moot point of the story as I delve deep into it. As I was travelling to Nepal three years back I received a message from one Shomi Sandhya Biswas from Facebook. I had never before talked with her. I only remember that while crossing the Indo-Nepal border way back home, I read the messages of Shomi. They ran as follows: ‘Are you from Kolkata? Travelling to Kathmandu? I am also from Kathmandu’. Up to this, it was normal. Suddenly, she was online and started talking. I found she was more curious about me.

She told me her father Late Ajit Biswas was also from Kolkata and that she was searching her ancestral root in Kolkata for which she needed my help. She thought me the right person who could be of any help in this regard. I wondered what made her rely so much on my abilities. Was she impressed by the fact that I was a blogger who could do wonders for her? The fact being her father also hailed from Shyambazar or Bagbazar area the same place where I belong. The story starts from here. This was something new and also awkward to me. Neither it’s related to blogging nor my subject.

Now, those who are reading this can think of what is special about Ajit Biswas that made me write this article. My answer would be humanity. I am searching his root for over two years but got no breakthrough. Here I am facing two difficulties, number one is the primary source himself Ajit Biswas is no more. Also, a major portion of documents about him lost during the earthquake in Nepal 2015. This is the saddest part of the whole story. Over the year, I gather information about him from his elder daughter, Sandhya Biswas. I made one data-sheet about him based on her narration. I also studied those documents given to me by Sandhya. One more thing, I have asked her why she is now searching for her ancestral root? Why didn’t her family make efforts to search her father while might be he was still alive? Perhaps it could be easier then. The answer I got from her was convincing; circumstances didn’t support him to meet his family. And there were other personal issues. But the reason is still unknown to me. Although, she was close to her father, and she was so young when her father passed away. Now she feels his absence so badly and she is completely in dark about her father’s roots. She feels even if she can locate some relatives from her father’s side, she can feel rooted. Her family in Kathmandu had never since seen anybody from her father’s side, and that makes her urge more passionate. Nothing to claim and nothing for any material gain. It’s a soul-connection, all about human bondage. 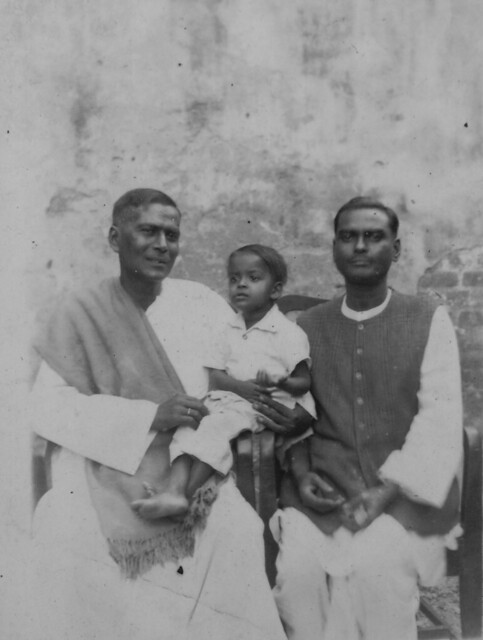 Ajit Biswas’s life–He was born in 21st June 1932/33 in Kolkata. He lived in a three/four-storied house in Shyambazar area and there was a Kali Temple next to his house. His father was Satish Biswas and grandfather was Dwarika Nath Biswas. He was youngest of the three children, the other siblings being his elder brother and elder sister. His mother died when he was only five months old. At a very early age, he moved to Tollygunge area to his maternal uncle house. His elder brother and sister both were married. He got a job as a General Assistant (Photographer) in Studio Luce Ld. [P/2 Lansdowne Rd Extn, Kolkata] on 1st January 1946 (letter dated 4th March 1946). 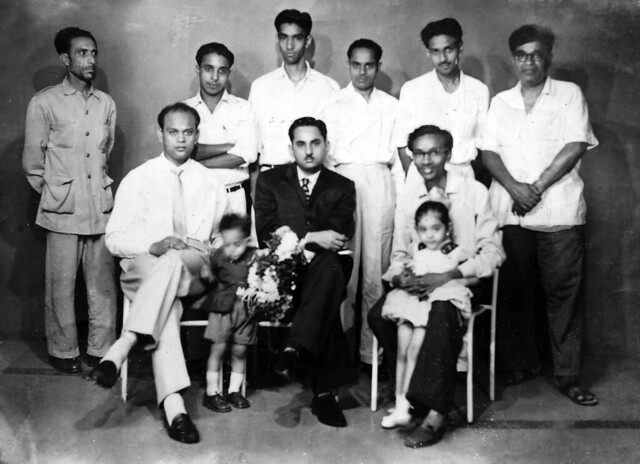 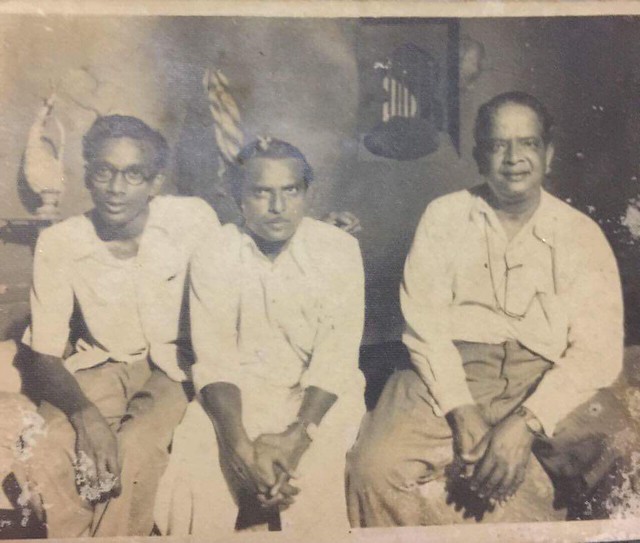 That much info is available about his early life in Kolkata. Later on, he moved to Bombay for a better opportunity for his photographic career. Even he worked as a photographer in the Bombay film industry. I got some documents from Sandhya related to her father and from those documents I have tried to make a rough sketch of Ajit Biswas’s life after and during Bombay. An old visiting card shows that he worked as a photographer for ‘Aar Dee Publicities’ (Unique House, Parsee Bazar, Bombay-1 phone-253046). In fact, according to his daughter Sandhya, his father was a well-known name in the industry. Middle of his career, he tried to make films independently. He tried his luck here and there to make a film. Despite having a solid connection in Bombay, he failed in his ambition of making a movie there. He also developed connections in Nepal. He was so desperate to make a film. According to two boarding pass of Air India flights, he flew to Kathmandu from Patna on Aug 1969 and the same year he returned to Patna. I am clueless about why he took his flight to Kathmandu from Patna, why not from Bombay? also, completely in dark about his Patna connection. His daughter also told me that his father worked as a still photographer with Satyajit Ray. I have cross-checked the same info with a person who is an expert on Ray. But he confirmed he found no connection between Ajit Biswas and Ray 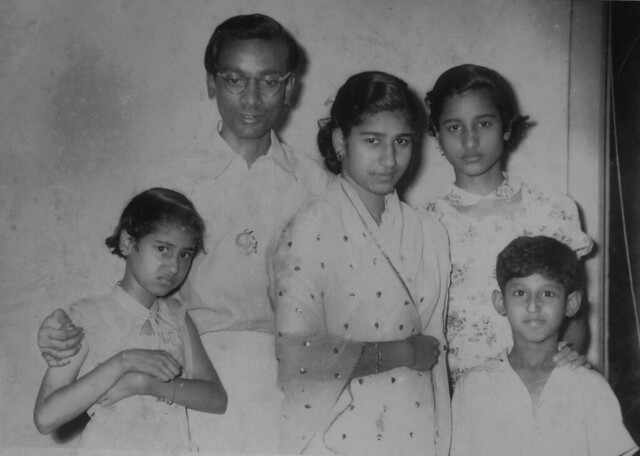 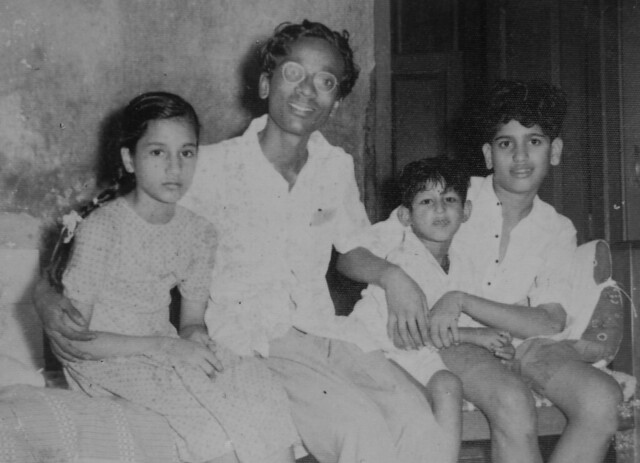 There was a dispute among partners in the studio business, and they closed down the studio in Kathmandu. Thereafter, he moved to a place called Bahrabise in Sindhupalchok District in the Bagmati Zone of central Nepal. He opened a studio there on his own and it was also a very popular studio at that time. There he got married to a Nepali girl, Manorama Acharya, on 4 December 1979. At the time of his marriage, he was 47 years and his wife was only 17 years. He spent the rest of his life there. He lived there with his three daughters, Sandhya, Rajni, Jyoti and his wife. He died on 14th September 2002 at 70.

That much of information I have gathered so far about him and still in search of his root in Kolkata. If anyone can draw any clue or recognise him, please let me know. So, we can work together to bring some positive news to his family.

Special Thanks: This post has been edited by eminent writer Amitava Sengupta.

Note: All information furnished here about Ajit Biswas and his family based on the information, documents and photographs supplied by his daughter Sandhya Biswas. Also, I am not the copyright holder of those photographs attached here with this post. As all the photographs supplied by Sandhya Biswas from her family album and gave me written permission to use it for this blog post. If it violates anyone’s personality rights, please let me know with proper reason and document, I will remove the photo or photos from this post.