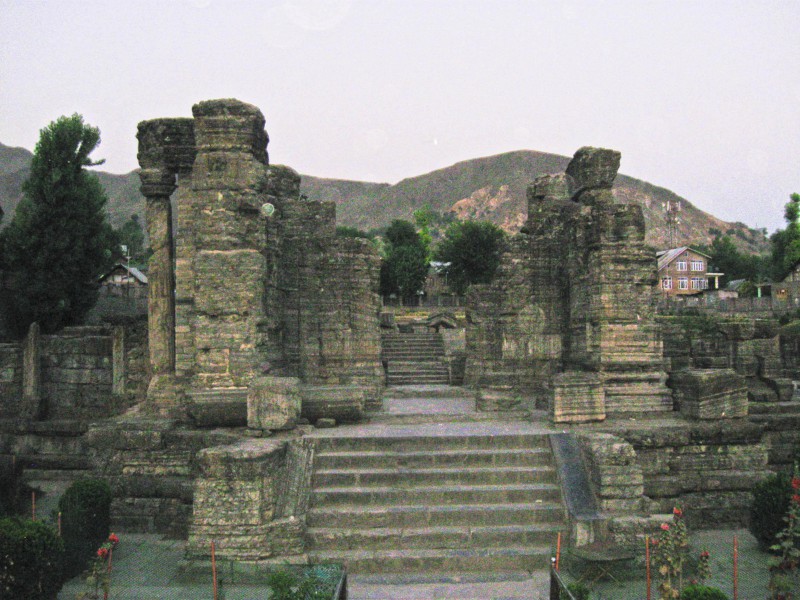 June this year, I went to Kashmir and this was my second visit. The first time, I went there along with my wife and this time I traveled solo. The experience I gathered altogether from both the trips is wondrous. But whenever I have been there, never felt like that I am touring in India. Maybe the reasons are situations of Kashmir over the few decades, ambience, people, culture and some other reasons can be there. Probably, I could not connect myself with the place, this can be another reason. However, the local people were so nice to me but sometimes the behavior of the Indian Army was disheartening. I discussed the same with my friends. According to them, I preoccupied with the thought that Hindus are a minority over there that can be the reason. Seriously, I could not come to any conclusion. It’s a fact, it is very difficult to travel solo like me in the entire region and as I have faced so many issues.

I went to Awantipora twice and for the first time, I felt connected with the place. On the first look, I was mesmerized watching those marvelous architectures. Still I regret, the situation was not in my favor during both the time of my visit. On my first visit, I went there with my tiny camera and that’s why I could not capture the place as I wished to. Second time, the situation of the place was under threat. The entire place was cordoned by the Army and they suggested me not to go in the surrounding area of the temples.

Awantipora or Avantipur, which is around 30 Km away from Srinagar, on the Srinagar-Anantnag National Highway, there is a town called Bijbehra (known before as Ladu) in Pulwama district and both the temples are situated there. The distance between the temples was 1 Km (Approx).  Awantipora or Avantipur was named after King Avanti Varman. He was the King who founded Utpala Dynasty and ruled Kashmir during 855 – 883 AD. He built two massive temples, one dedicated to Lord Vishnu and another to Lord Shiva. During his rule, he appointed an engineer and architect as his prime minister named Suyya. He was the man behind the King Avanti Varman who helped him to develop the economy of his kingdom. A place called Suyapur, named after Suyya. 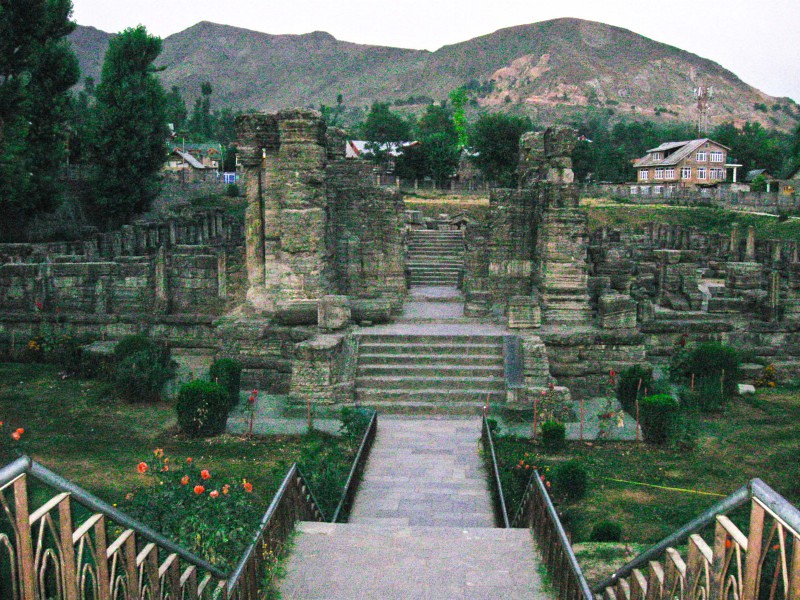 Avantiswamin Temple – This temple was built by King Avanti Varman before he ascended to the throne of Kashmir. The temple is small but more ornate and dedicated to Lord Vishnu. The temple was destroyed by the earthquake and reclaimed after removal of debris. This temple was neglected more than thousand years (Temple also suffered from the iconoclasts) and buried the entire structure except the upper portion of the walls of the main entrance. The temple faced the destruction during the reign of Sikandar Butshikan in the 14th century.

It is constructed on two tiered base in the center of the paved courtyard. The walls of the entrance, sanctum and the pillars of the temple are ornamented with sculptures both internally and externally. The walls of the outer chamber represent the goddesses Ganga and Yamuna. The view of the courtyard from the gateway was extremely beautiful.

During the excavation of this temple by ASI (Archeological Survey of India) recovered large assortments of antiquities and most valuable were a series of sculptures. Which have been placed in the Srinagar Museum. I noticed a row of large jars on the courtyard of the temple, which used for the storage of grain or foodstuff. One jar among the row of jars has been brought to Srinagar, which bears an inscription stated the name of King Avanti Varman. 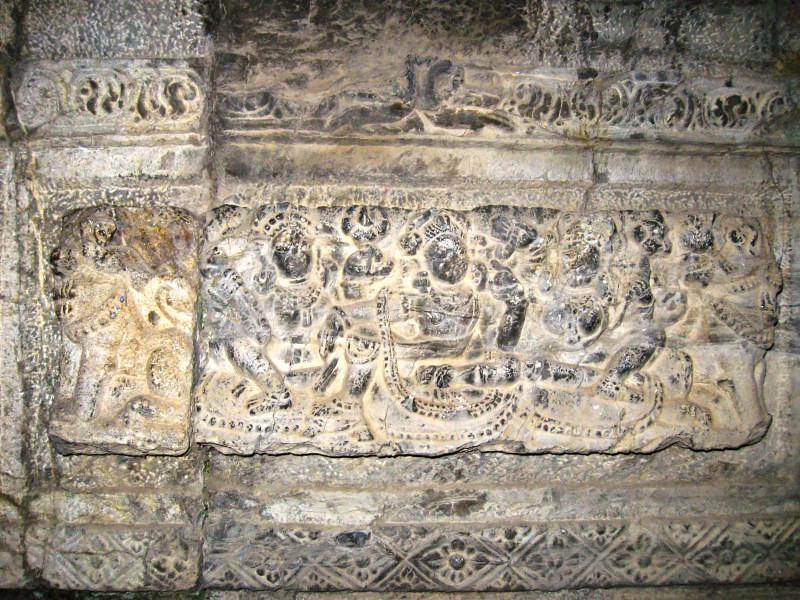 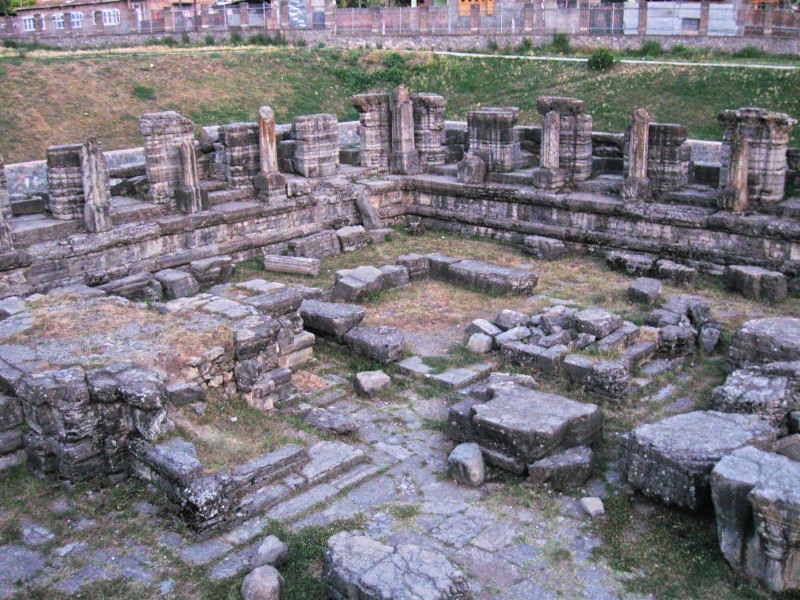 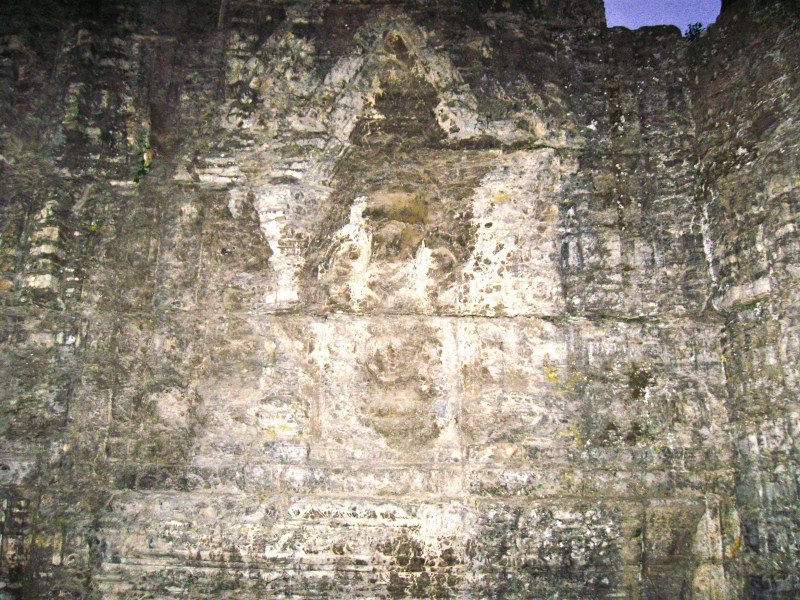 Presently the temple/site is maintained by ASI. The present condition of the temple is good but could be better as I found many artifacts were lying in the courtyard under the neglected situation. This could be a very good attraction for the tourists but unfortunately, most of the tourists are not aware of the temple. This temple is situated on the bank of river Jhelum, beautiful hills are there in the backdrop and ruins of the temple altogether will usher you to a different world. 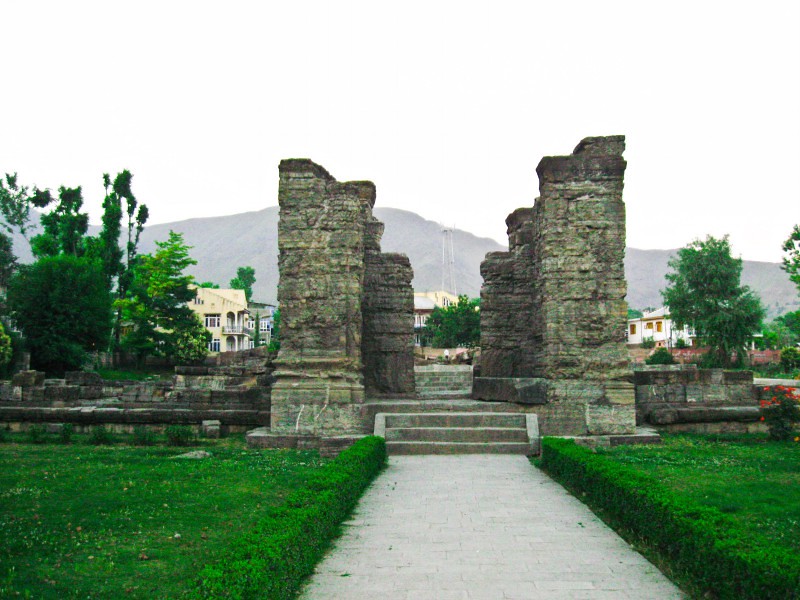 The temple is situated in a courtyard enclosed by a huge stone wall of which is decorated beautifully. The gateway is in the middle of this wall and it is divided into two chambers. Its walls are not decorated with sculptures as Avantiswami. It is a plain, simple and huge temple. As I have noticed, It architecturally was quite similar to Avantiswami. 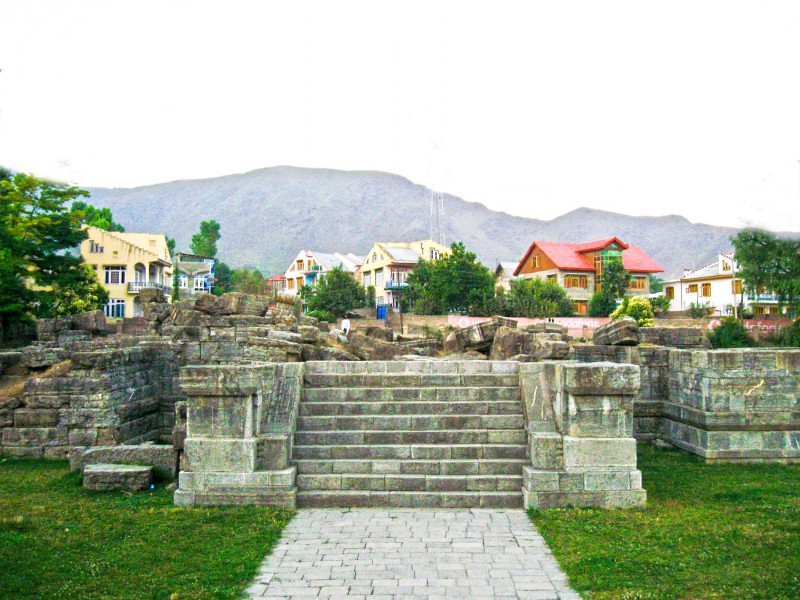 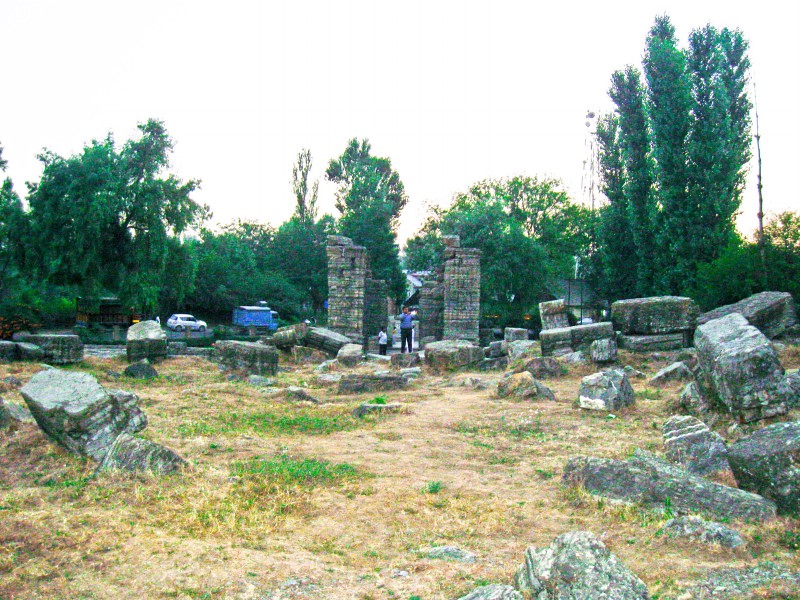 Presently the temple/site is maintained by ASI. The present condition of the temple is good but could be better as I found many artifacts were lying here and there in the courtyard. This could be a very good attraction for the tourists but unfortunately, most of the tourists are not aware of the temple. Again I want to reiterate that beautiful hills are there in the backdrop and ruins of the temple altogether will usher you to a different world.

How to reach
Temples are situated 30Km away from Srinagar. There are several ways to reach those places.

By Road
Avantiswamin Temple and Avanti Shovra Temple are very well connected to Srinagar. You will get Rental Car/Bus from Srinagar. If you opt for rental car, in that case, you have to hire the car for a day and will cost you 1500 – 2000 (NonAC) approx. If you have the plan to visit Pahalgam, in that case, no need to hire a car separately. Both the temples are located on the way to Pahalgam route.

View the Full Album of the Temples 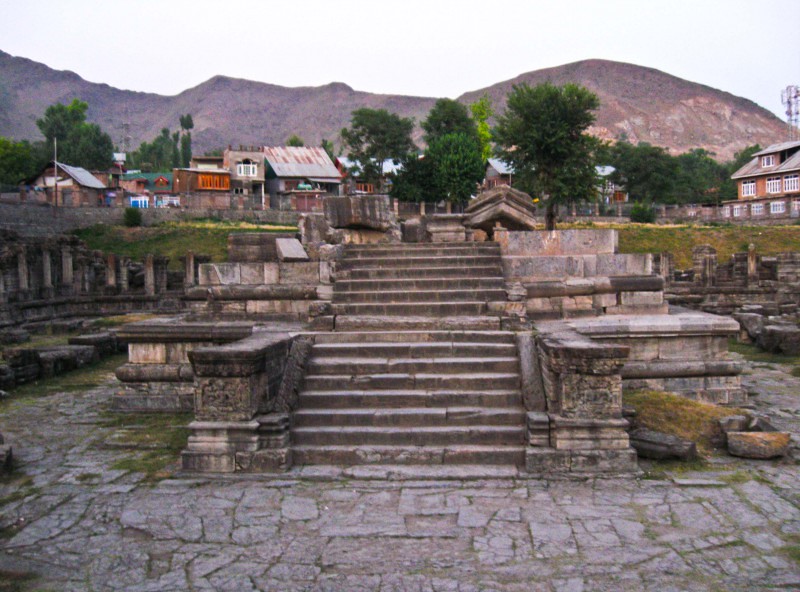 Special Thanks to Madhusudan, Ashoke Ji and Pradhan Ji.