Explore the Top Places of Rishikesh

Rishikesh isn’t a place only for pilgrimage, the dimension and the colors of the place offer more than one can imagine. At the beginning of this year, I went there for a day trip, after my Kedarkantha Summit. This is the second time I went there and the first time, I was there around 27 years back with my family. Many memories from the first trip rejuvenated during this trip. During my first trip to Rishikesh, I traveled with my family but this time I was alone. It’s a fact that I love to travel alone and I did so in the past. Nevertheless, apart from everything, on this trip I missed my mother, and my Didi so badly. I missed my Mother, especially when I stepped into the Ram Jhula Bridge. I remember that, I was so scared as the bridge was shaking and I hold her hand tightly. When I entered to the Ram Jhula bridge once again this time, seriously I felt equally scared like my childhood days and deep inside I searched the most trusted hand once again. Ohhh I really becoming  nostalgic, let’s get back to Rishikesh.

Rishikesh is the gateway to the Himalayas in the Garwal region of Uttarakhand and is located about 408 meters above sea level. According to ancient texts, Rishikesh is the place where Lord Vishnu defeated demon Madhu. Presently, it is one of the commercial and communication hubs of Uttarakhand. Rishikesh is famous for Ashramas, Yoga Centers, Natural healing and Ayurvedic centers, and India’s of the popular place for Adventure Sports.

Shri Bharat Mandir – This is the oldest temple in Rishikesh and dedicated to Lord Vishnu, located near Triveni Ghat and Chandrabhaga Bridge. The temple is very important mainly for two reasons. First reason, is the city gets its name from this temple and another reason is Adi Guru Shankaracharya (Born – 788 AD – Died – 820) rebuilt the temple at the beginning of 9th century. Root words of “Rishikesh” are Hrishika and Isha, Hrishika means “Senses” and Isha means “Lord”. That mean the word indicates Lord of Senses or Lord Vishnu. This is the oldest temple of Rishikesh and dedicated to Lord Vishnu.
The reference of this temple can be found in various ancient Hindu texts. The temple has been named after Bharat (Second brother of Lord Ram) although, Narayana (Vishnu) is enshrined in the temple. The idol of Vishnu is carved out from a single piece of Saligram (is of Blackstone). Inside the temple compound, there is a small museum and you can see some idols from the 2nd century to the 14th century. There is no charge for the museum for a visit but photography is prohibited inside the museum as well as in the temple. I have seen a unique tree inside the temple. Apparently, the tree looks like a single tree. Actually, it’s not a single tree, three different trees growing together and these three trees are considered as auspicious trees in Hindu culture, Banyan tree, Pipal tree, and Bael tree. 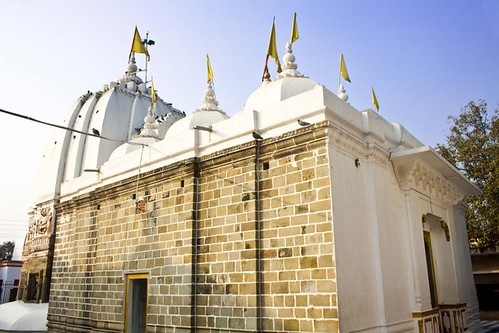 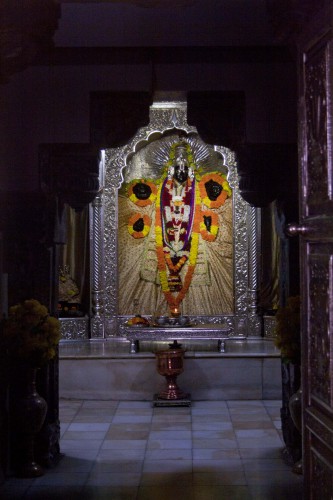 Parmarth Niketan – This temple/Ashram was established in the year 1942 and built by Swami Shukhdevanandaji Maharaj. This is the largest Ashram/Temple in Rishikesh, which consists of 1000 rooms for accommodation and Yoga classes, meditation classes, Prayer, Satsang is offered daily. The temple is located just opposite side of Rishikesh center, you need to cross the Ram Jhula bridge and take a right turn to reach. This is truly a beautiful place, where one can sit in peace and meditate, also can enjoy the beauty of nature. The special attraction of Parmarth Niketan temple is Ganga Arti at evening and it’s worth watching. If you there for a visit don’t miss the Ganga Arti at evening, it’s really beautiful and surely gives, you peace of mind. 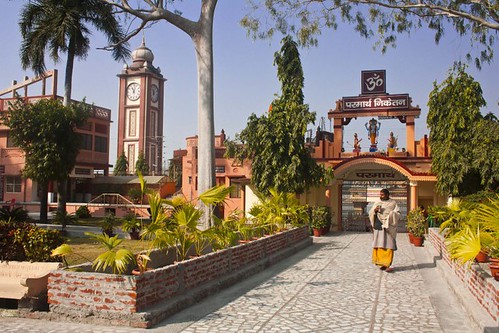 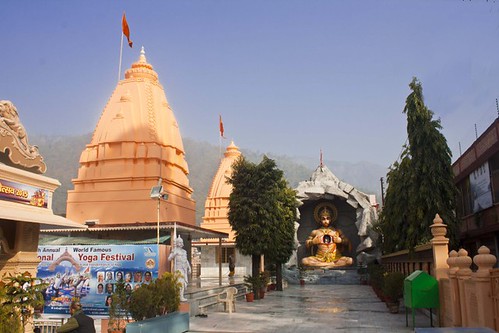 Gita Bhawan – Gita Bhawan is situated in Swargashram near Parmarth Niketan. This ashram is established in 1923 by Gita Press of Gorakhpur ,which is a unit of Gobind Bhawan Karyalaya. The mission of the trust is to serve the Hindu society with full realization of moral and spiritual values. This is also a huge ashram with 1000 rooms for the accommodation of the devotees available free of charge. Day long Satsang programs are organized during the months of end of April to early July. 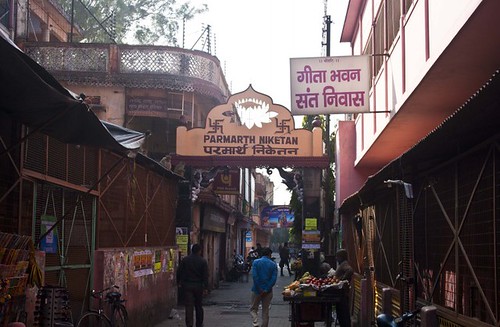 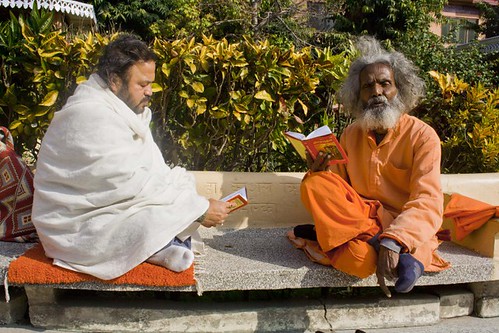 Kailash Niketan – This is 13 storey mansion and main temple at Lakshman Jhula bridge. It is believed that this temple is established by Adi Shankaracharya. I have seen the architecture of the temple so closely. I have concluded that the temple is not ancient and it looks like that the construction is not very old. Anyway, the temple housed the idols of all Gods and Goddesses. This temple attracts a huge number of tourists during Maha Shiv Ratri festivals. 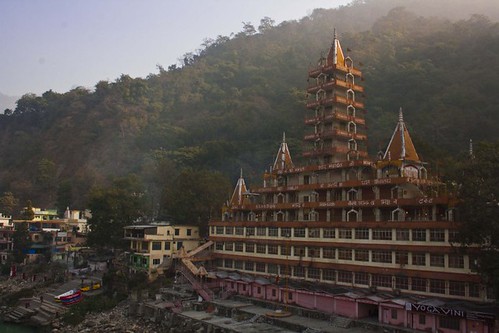 Beatles Ashram – In the year of 1968, small place Rishikesh hit the world news headline and became a most significant place for the foreigners.It was February 1968, John Lennon, Paul McCartney, George Harrison and Ringo Starr along with his wife stepped into Rishikesh to stay, following an interest and an earlier visit by George Harrison. They came here for rehabilitation from LSD abuse, at that time, all four members from The Beatles were suffering. Read More 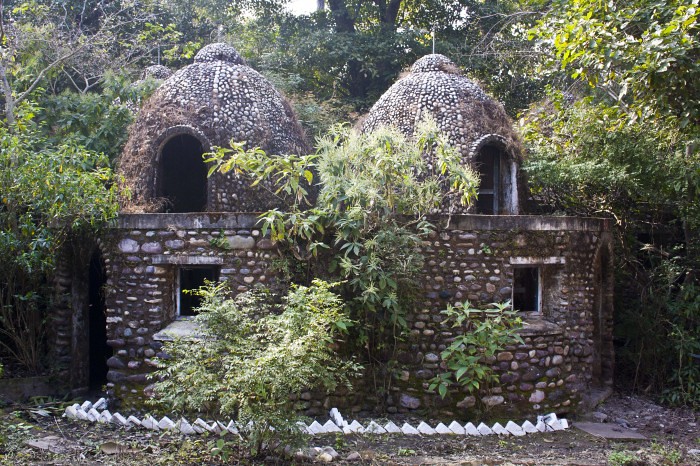 Triveni Ghat – This is the most important and sacred place for the Hindu. A sacred bathing spot on the banks of Ganga, where devotees take a holy bath and offer prayer. Believed to be the confluence of three holy rivers Ganga, Yamuna, and Saraswati. Triveni ghat holds a spiritual value and is considered as an important place for pilgrimage. Ganga Arti ceremony takes place daily after sunset. 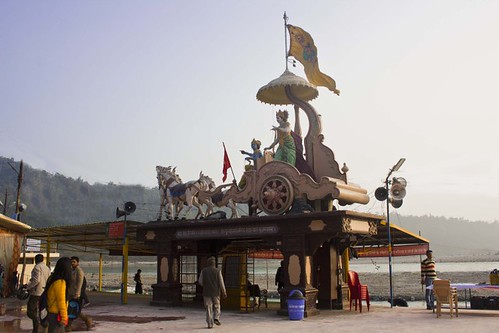 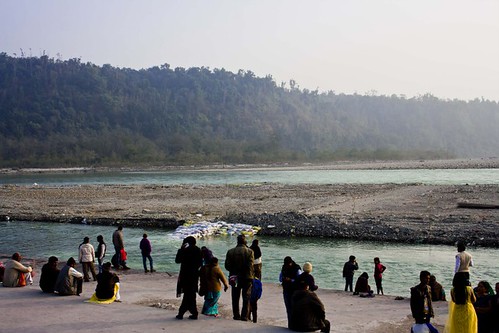 Muni Ki Reti – “Char Dham Yatra” has a very special significance for the Hindu, as Char Dham yatra or pilgrimage is traveling to four holy places such as Kedarnath, Badrinath, Yamunotri, Gangotri. Muni Ki Reti is a town and is traditionally considered as a Gateway for “Char Dham Yatra”. First large Ashram of Rishikesh, Kailash Ashram has been established here in the year of 1880, built by Dhanraj Giri. There are numerous other important Ashramas in Muni Ki Reti, apart from Kailash Ashram. Swargashram and Sivananda Ashram are also very important. Swargashram was established in the year of 1908 by Swami Atmananda. Sivananda Ashram Swami Sivananda was established in the year of 1936 by Swami Sivananda. 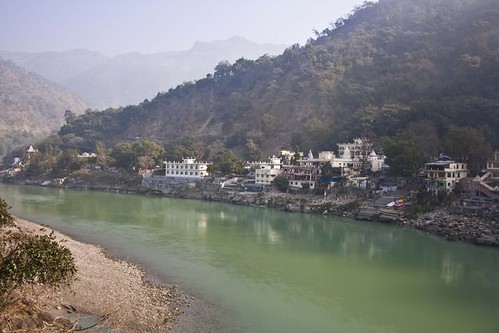 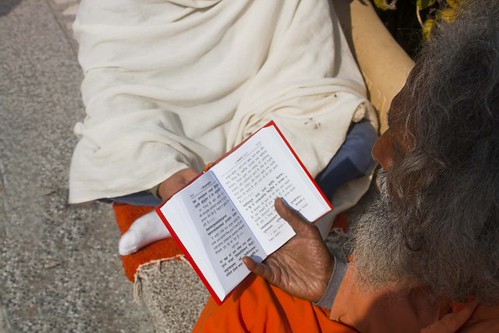 Lakshman Jhula – Lakshman Jhula or Laxman Jhula is an iron suspension bridge constructed over the river Ganga and situated in Muni Ki Reti area, which is 5KM away from Rishikesh, on the way to Badrinath. Lakshman Jhula connects the borders of the Tehri and Pauri districts. There is belief that Lakshman (Brother of Lord Ram) crossed the river Ganga on jute ropes between the same place of present Lakshman Jhula bridge. Regardless of the fact that, according to the modern day history, the first Lakshman Jhula bridge was constructed by Rai Bahadur Surajmal Jhunjhunwala father of Rai Bahadur Shewpershad Tulshan but it was totally washed away by the flood of October 1924. Present bridge replaced the old bridge and opened for public on 11th April 1930 by H.E. Sir Malcolm Haley C.C.I.E. K.C.S.I. Governor of the United Provinces. There are two plaques installed at the foot of the bridge and if you read the plaques you will find out more about the bridge (Picture attached). 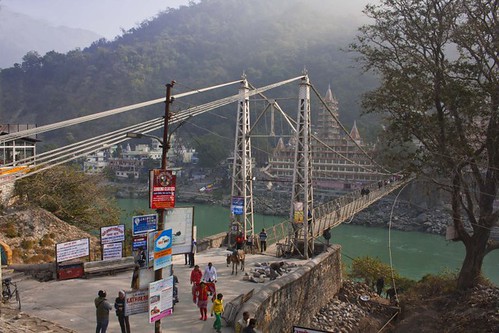 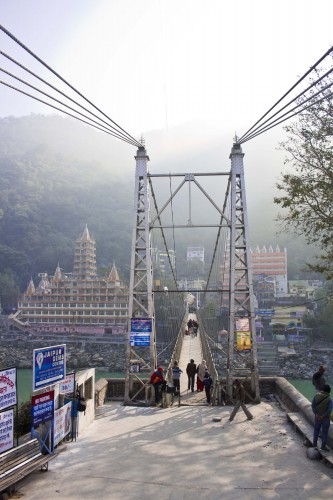 Ram Jhula – This is also an iron suspension bridge constructed over the river Ganga and named after Lord Ram. Ram Jhula and Lakshman Jhula both the bridges named after two brothers and practically both the bridge looks like a twin brother. It was built by The Divine Life Society (Shivananda Ashram) in the year of 1986 for pilgrims and tourists visits Swargashram area. 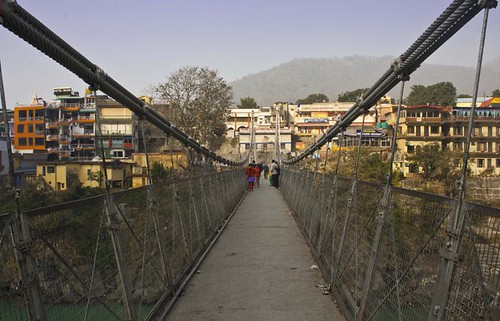 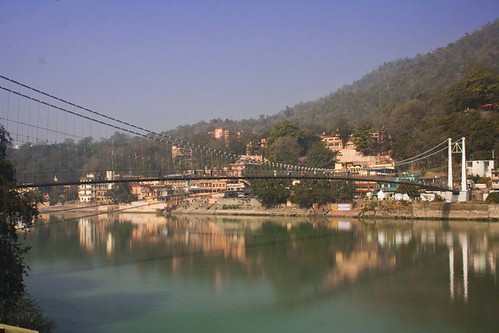 Rishikesh is a very good place for shopping, especially gears for adventure sports and there are three popular Markets.

Ram Jhula Market – Ram Jhula is a very good place for Shopping. This market is well known for clothes, jewelry, books, spiritual things and lots of other things. This market may be little costlier than Rishikesh main market. Still it is the best market in Rishikesh for the tourists. 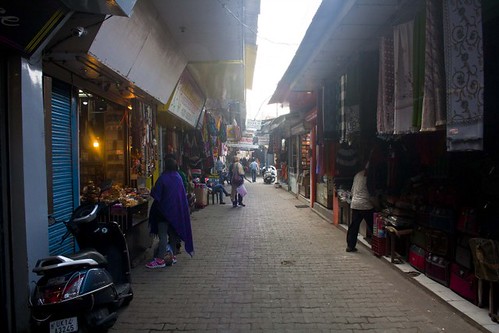 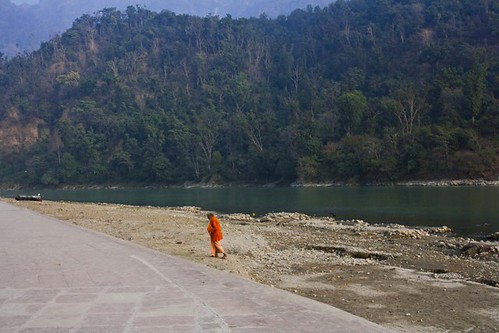